Is Rite Aid already headed for a turnaround? 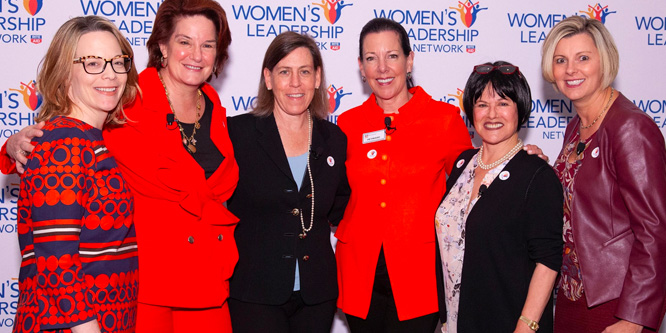 Long a laggard in the retail pharmacy game, Rite Aid recently brought on a new CEO who believes she’s got the right medicine to cure its woes. Only four months into her tenure, things appear to be looking up.

A nearly 6 percent gain in revenues was seen at EnvisionRxOptions, a pharmacy benefits management (PBM) system the retailer acquired in 2015 that Rite Aid counts on as a growth vehicle. Many larger PBMs are now owned by insurance companies, but EnvisionRxOptions is remaining independent.

Further details on Rite Aid’s turnaround strategy from its new leadership team will be provided at its Analysts Day on March 16.

“We are challenging convention every day,” said Ms. Donigan on a conference call with analysts. “We’re approaching our work and overcoming obstacles with ingenuity and agility to drive results. And I’m really pleased with the progress we’ve made in such short order.”

Rite Aid had spent more than a couple of years pursuing potential mergers or acquisitions to get back on its feet in some form. In 2017, a deal with Walgreens Boots Alliance was called off over FTC concerns. In 2018, Rite Aid was finally able to transfer 1,651 stores to Walgreens, with plans to transfer over 1,932 and three distribution centers.

With the remainder of the stores it owned, Rite Aid was then considering a merger with regional grocer Albertsons as a path to renewed relevance, but the plan petered out by the end of that year.

DISCUSSION QUESTIONS: How should the renewed Rite Aid reposition itself? Other than via its enhanced PBM services, and how might Rite Aid otherwise distinguish itself from incumbents like CVS and Walgreens and disruptors like Amazon?

Please practice The RetailWire Golden Rule when submitting your comments.
Braintrust
"Rite Aid would be wise to evaluate additional strategic partnerships for the short term to extend its presence and awareness into new markets. "

"It is hard to make inroads in regards to assortment but is there room among the giants to differentiate with unique customer experiences?"

"The only chance that Rite Aid has is to be something different than Walgreens, CVS and Walmart. How they do that, I don’t have a clue."

8 Comments on "Is Rite Aid already headed for a turnaround?"

With Walmart attacking health and wellness from every angle, Target forming partnerships with CVS, Kroger hooking up with Walgreens, and Amazon’s ruthless ambition, the competition and encroachment that Rite Aid faces is unprecedented. Rite Aid would be wise to evaluate additional strategic partnerships for the short term to extend its presence and awareness into new markets. Rather than attempting to branch out into new categorical territory as its competitors have done, Rite Aid would be wise to optimize its existing strengths. Ms. Donigan’s digital background will be a real asset regardless.

In a market crowded with deep-pocketed giants (Walgreens, Target, Amazon, CVS) Rite Aid needs to continue to focus on ways to clearly differentiate their stores from the giants. I don’t think they can match their scale. Careful scrutiny of assortments, highly delivering personalized interactions and evaluating new value-added services are all items I would put at the top of my priority list…

It appears that Rite Aid is behind the eight ball— it is hard to make inroads in regards to assortment but is there room among the giants to differentiate with unique customer experiences? Can you make alliances with Amazon or other health and wellness businesses? I think Rite Aid really needs to be strategic about where it goes next.

The only chance that Rite Aid has is to be something different than Walgreens, CVS and Walmart. How they do that, I don’t have a clue.

Rite Aid needs to focus on what will result in a differentiated customer experience as compared to their competitors. The previous focus on mergers and buyouts, etc. resulted in mostly a distraction while their competitors formed alliances and developed new in-store experiences focused on convenience and value for their customers. Rite Aid now needs to do the same. Some of that will come from new technology deployments (they have dabbled in many technologies in the past, some leading the competition others not so much) but primarily they need to be asking – what do our customers receive from us that they cannot receive from competing brands? “Challenging convention every day” is a good start. Perhaps they can establish a niche in prescription delivery, or define new reasons for customers to come to the store. They previously announced partnering with Amazon for package pickup at their stores, so perhaps they will adopt the Kohl’s approach of handling returns for Amazon as well. They could stand to gain more than Kohl’s does with that approach from increased… Read more »
5
|
0
-   Share

Rite Aid faces unprecedented change and competition, but at the same time can look at all of that as an opportunity. There are things to do to differentiate, for sure. However, the place to start is with their people. Years of chasing M&A and sour earnings has undoubtedly disempowered many of their team members. Bringing in a new CEO (with great early results) is a start. Looking at how to develop and grow their team by encouraging, inspiring and generating team-sourced ideas is the best place to find what differentiation there is to do.

I find it difficult to put my finger on exactly what it is, since I’m largely dependent on personal observation of (a sadly small number of) stores, but as Matt concedes, Rite-Aid is definitely the “also ran” in the drugstore field. So can they run with this, making smallness a virtue? Sadly, probably not: they’re too big to really push the “neighborhood” angle, and as is the case with ATM networks, size is actually an advantage with things like (convenience in) filling prescriptions. I think pursuing merger is still likely their best bet … prior experience notwithstanding.

Amazon, Amazon, Amazon. Where is the online presence of Rite Aid and how does this factor into its turnaround? The fact that this article, and the leadership team at Rite Aid, is not even focused online or the rapidly growing presence of Amazon shows and alarming avoidance of the facts. The drugstore/pharmacy model is rapidly changing and the rest of the world is preparing for it. Walmart, Target, Amazon, and Boots/Walgreens all have a strong presence that is getting stronger by leaps and bounds. Rite Aid needs to adapt or perish as the online world passes them by…

Braintrust
"Rite Aid would be wise to evaluate additional strategic partnerships for the short term to extend its presence and awareness into new markets. "

"It is hard to make inroads in regards to assortment but is there room among the giants to differentiate with unique customer experiences?"

"The only chance that Rite Aid has is to be something different than Walgreens, CVS and Walmart. How they do that, I don’t have a clue."