Is IKEA really going to start selling on Amazon’s Marketplace? 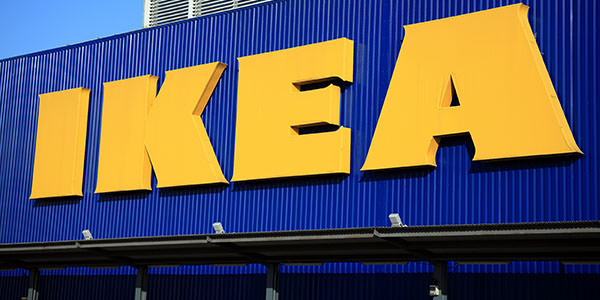 IKEA, the Swedish flat-pack furniture giant, has continued to grow in recent years while other retailers have struggled. Part of its success has been due to management’s willingness to adapt to the rapid changes taking place in the market. The most recent example is IKEA’s plan to test the sales of its goods on other company’s websites beginning in 2018. By this time next year, IKEA could be selling on Amazon.com or any other number of online marketplaces around the world.

In an interview with Reuters, Inter IKEA Group CEO Torbjorn Loof would not specify what sites the retailer might sell its products, but said the need to test was necessitated by a changing “competitive landscape.”

Roughly 15 percent of the $70 billion in furniture sales in the U.S. is now transacted online, according to IBISWorld.

It will be interesting to see if IKEA will choose Amazon’s marketplace to test the sale of its products on another company’s site. The Wall Street Journal reported last month that Amazon was building “four massive warehouses” designed to handle large items such as furniture. Veenu Taneja, furniture general manager at Amazon, told the paper that the category is among the fastest growing for the e-tailer.

Mr. Loof appears confident in the company’s ability to test sales on other sites. “We have one great advantage and that is that we design, produce and distribute our own unique range,” he told Reuters.

In recent years, IKEA has added smaller pick-up and order point stores in urban areas around the world. Last year, it opened 19 of the stores, which enable customers to go online and order a product for a flat $20 fee. Customers can also place online orders at the stores for pick-up. The stores typically average about 20,000-square-feet. As an extreme point of comparison, IKEA’s largest store in the U.S. is a 456,000-square foot warehouse in Burbank, CA.

IKEA, which operates stores in 48 countries around the world, reported a sales increase of 7.1 percent last year. Comparable store sales for the year were up 4.8 percent.

DISCUSSION QUESTIONS: Why do you think IKEA is planning to test the sale of its products on other sites? What do you see as the pros and cons of such a move?

Please practice The RetailWire Golden Rule when submitting your comments.
Braintrust
"IKEA still has a big share [in furniture sales] but it's slipping a bit. It makes sense that they'd at least want to test selling on a marketplace!"

17 Comments on "Is IKEA really going to start selling on Amazon’s Marketplace?"

But let’s also clarify that if you are an FBA or FBM seller you are in control of your brand, marketing and sales. It is no different than listing on an affiliate site. Not everyone on the marketplace is selling to Amazon. Think of Amazon.com as a big lead generation marketplace for brands.

IKEA has shown a willingness to try new concepts and implement tactics that accommodate an ever-changing marketplace, so perhaps they will test selling on Amazon and/or other websites. The pro to this is that they can quickly get online where consumers are shopping without the immediate expense of creating their own e-commerce operation. The con is that other sites will be able to collect data about IKEA’s customers and cross-sell to them. IKEA should consider this carefully before jumping into the e-commerce fray.

Retailers have been getting in each other’s space for years by adding categories in their stores. E-commerce is growing rapidly and this is a natural next step. For many shoppers Amazon is their place to shop, so the more Amazon offers, the better it is for all involved. It also gives e-tailers a way to compete. I can see this becoming an opportunity for other retail/manufacturers as well, and I think it will prove to be successful. There’s that adage: if you can’t beat them join them. And that is what I see happening here.

IKEA continues to open physical stores at a very deliberate pace. Here in the Milwaukee area, they are finally breaking ground this month for a store announced last year and opening in 2018 — their first in the market. Yet IKEA has broad name recognition and brand equity among potential customers who don’t live anywhere near one of their stores. Why not expand their e-commerce footprint, especially if the sales data uncovers potential new markets or localized changes in merchandise mix?

Data tells the story here. According to Prosper Insights & Analytics data from March 2017, there are two e-retailers taking share from the specialty channel of trade in furniture sales. One is Amazon and the other is Wayfair. IKEA still has a big share but it’s slipping a bit. It makes sense that they’d at least want to test selling on a marketplace!

Perhaps IKEA is seeing a future where their online experience and supply chains are not differentiated enough to provide them with a competitive advantage. If this is the case for them then they can instead focus 100 percent on the quality of their products and the in-store experiences that make them truly different.

I appreciate IKEA’s interest in testing their way forward. But strategically this move concerns me.

Mr. Loof’s statement reflects a belief that they can just lift up their brand and put it elsewhere. Brand doesn’t always work that way. Because while IKEA products have a clear perception in the market, their exclusive stores are part of that perception (in a scarce number of stores). Even smaller-pickup stores retain that brand quality.

Once IKEA leaves that model, I expect their brand to diminish. They might find that this approach generates tremendous revenues for a few years. But in the long run, if they fully embraced it, I expect to see IKEA’s brand suffer.

What about Amazon Marketplace? I don’t think it matters which marketplace — the result will be similar.

You have to be in the mix to have a chance. And for shoppers not near an IKEA warehouse or for those who automatically start all buying searches with Amazon, if IKEA is not on Amazon they are not in the mix. It’s just that simple.

The big negative with IKEA selling online is shipping cost. Shipping is sometimes higher than the cost of the item itself (speaking from personal experience). So perhaps the idea is that someone like Amazon could help them with that from a pure volume perspective. That shipping cost issue is a huge inhibitor, especially since going to a store is not exactly convenient. And if a bigger online fulfillment center can solve that issue, you could see revenue increase dramatically.

There are only so many markets that a store like IKEA can be in. Going online with a company like Amazon is a way to cover the rest of the markets. And with video and augmented reality (another discussion we’ve had in the past), it’s easier than ever to envision what that piece of furniture will look like in your home.

As noted by others, this evolution makes sense. The nature of IKEA’s furniture (flat pack) is a good fit with online. Amazon is the recognized search and fulfillment leader for online furniture. This collaboration provides benefits to both – for IKEA it gives a presence on the leading online site and for Amazon it reinforces its image as the leading source for any type of consumer product.

IKEA isn’t just a retailer, it’s also a brand. As more people shop online for furniture, it’s understandable that the company may look to position its brand in as many key marketplaces as possible. The spread of physical IKEA stores remains small and this could help them with reaching a larger audience. I’d also be interested to see how this impacted the brand’s (expensive) shipping offering. If selling through Amazon lowers that then that could enable IKEA to reach more customers who don’t live near a store and have been put off by delivery fees in the past.

There’s no longer any doubt that Amazon is the first destination consumers go to to buy almost anything. We know that more than 50% of all product searches start on Amazon, not Google, and retailers want to be where their customers are going if they want to close a sale. IKEA selling some items on Amazon’s marketplace makes sense for this reason alone! Of course it’s not quite as simple as it sounds to be a FBA marketplace member, or if you want to be FBM — there are pros and cons all around and each retailer, IKEA included, needs to consider the options.

Most of the comments about this move are positive reasons for IKEA to be on/in third part marketplace — and I concur. IKEA only need beware of the downsides of working with a third-party marketplace — or it may be “Amazonized” in some way as Amazon is wont to do.

This may be as simple as a build or buy decision. A successful e-commerce business with distribution, shipping and returns warehousing is expensive and time consuming to create. Today it is still up to the company to do the bulk of the creating themselves. The e-commerce companies with a world wide full service coverage offer a lot to companies of any size. These companies will provide detailed cost information and in some case they can provide enough demographic insight to see where new opportunities may exist and how to enter new markets. IKEA works with tight margins and already spends a lot of the profit dollars to improve and update merchandise. A buy decision will minimize the risk with quick access to new and expanding opportunities.

Logical, practical and a sound business decision still I wonder … Amazon is taking share and probably the single reason for the demise of so many of the closing retailers and closing stores. One might of course argue that it’s better to play on Amazon and reinvent yourself rather than stay with a troubled business model (Is the IKEA store really a troubled model … unlike say, a department store?). At some point though, you have to wonder if any retailer should be contributing in any way to the growth and success of Amazon. And then there was one….

It’s possible IKEA will sell on Amazon because e-commerce is a new game-changing business model – and an essential for retailers’ success. Traditional retailers are working hard to embrace e-commerce to stay competitive. Overall, retailers need e-commerce to deliver multichannel service to enhance the customer experience and align with consumers’ omnichannel expectations.

Expanding to Amazon’s marketplace could boost IKEA’s market share amid today’s fierce competition in traditional sales channels. E-commerce could help IKEA gain brand awareness among young shoppers who love to buy online. To succeed, IKEA requires a clear understanding of online consumers and adjust its strategies based on their shopping behavior data.

It is also important for IKEA to think before selling on Amazon because it could lead to a vague brand image, as Amazon attracts intense competition among multiple sellers. Customers who buy from online marketplaces differ from in-store shoppers, which means an updated pricing and promotion strategy is crucial for IKEA to succeed in the transparent digital world of Amazon’s Marketplace.

Braintrust
"IKEA still has a big share [in furniture sales] but it's slipping a bit. It makes sense that they'd at least want to test selling on a marketplace!"