Is disruption coming to the alcohol beverage business? 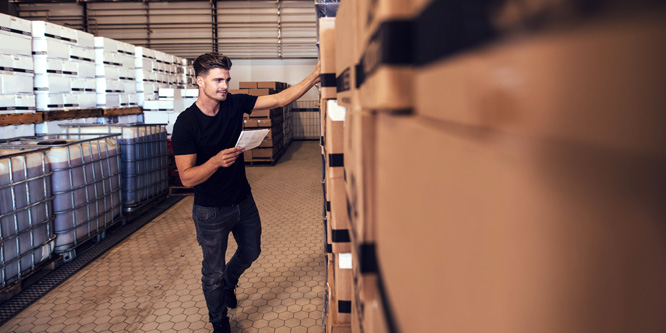 For those not in the business of selling alcohol, we have a three-tier distribution system in the U.S., where a wholesaler, whose presence is mandated in 49 states, sits in the middle of the producer and the retailer.

Producers can’t sell, except in small-scale cases where they have exemptions to sell directly to consumers (think wineries and brewpubs). While I’m sure the wholesale layer adds value, it is beyond me why it needs to be mandated.

I’ve spoken with wine industry veterans who’ve told me that the three-tier system is here to stay, despite essentially being a sharp stick in the eye to free market economics.

As an interloper with 20 years of experience watching other seemingly entrenched industries (music, books, disposable razors, taxis, hotels, etc.) being disrupted by a combination of technology, entrepreneurship and venture capital, I’m going to take the broader view that no set of norms is sacred. I see three reasons why a disruptive e-commerce player could lead to the demise of the current system.

Big states have become increasingly willing to use their power independently. California is the best example, mandating more fuel-efficient cars than federal standards and getting away with it because it has so much spending power. Ballot initiatives have legalized marijuana despite hostility from the federal government.

Today’s e-commerce startups aren’t like normal businesses in their capacity for risk. Let’s take Airbnb. Back in 2008, when the founders started renting their inflatable mattress out to strangers, I’m fairly confident it didn’t occur to them to check in with the landlord or the city to make sure it was okay. Each significant growth stage for Airbnb was fueled by a “beg for forgiveness, don’t ask for permission” ethos, I’m guessing. The support of passionate customers provided all the leverage needed when they ultimately had to negotiate with regulators, making reasonable concessions that never would’ve been approved if permission had been sought on day one.

States weed out the middle man

Finally, we’ve got legal marijuana in a growing number of states. And guess what? None have (yet) chosen a three-tier distribution system. States regulate growers and retailers and haven’t felt a need for the markups that wholesalers would bring. If this two-tier system holds up in marijuana, it could set a promising precedent for alcohol.

DISCUSSION QUESTIONS: Do you think the current state-mandated three-tier alcohol distribution system will likely collapse? Why or why not?

Please practice The RetailWire Golden Rule when submitting your comments.
Braintrust
"It probably will collapse. But the current growers, distillers and brewers may go on the acquisition trail of distributors in order to bring that expertise home expediently."

"What the article ignores is the opportunity the current distribution system provides for new entrants to the market."

"Ken makes a compelling case for its demise, but let’s be honest – when was the last time we revamped a system to benefit the producer and the consumer?"

16 Comments on "Is disruption coming to the alcohol beverage business?"

Ken makes a compelling case for its demise, but let’s be honest – when was the last time we revamped a system to benefit the producer and the consumer? I’m not holding my breath on this one – too much money and politics involved.

On the mark, Stephen. See my note re: the Canadian system. Could be the poster child for the point you’ve made.

It probably will collapse. However, the current growers, distillers and brewers may go on the acquisition trail of distributors in order to bring that expertise home expediently. The result should be lower retail prices and few people out of work (but with the same number of drinkers).

The United States has stupid attitudes to alcohol and, therefore, it has stupid laws. The minimum drinking age of 21 (even though drinking at college is rife) is one. Three tier distribution is another. There is absolutely no reason for this inefficient system to exist. It should scrapped, as should all of the other vested-interest legislation, like restrictions on mainstream retailers selling alcohol in places like New York City.

100% accurate and right on all points, Neil! All of it should be scrapped, but there is just too much entrenched money in the hands of distributors to influence the politics around this.

Like so many topics in these RetailWire discussions, this is yet another example of evolution. I do believe that producers will continue to push the envelope and “beg for forgiveness” as they migrate to direct-to-consumer commerce off-premise.

Nothing is worse than the system in Ontario specifically, if not Canada generally. There you have a one-tier system called the government. Wine we’d pay $6.95 for at Trader Joe’s in Scottsdale will be over $20 in Toronto. A cash cow for the government if there ever was one. Part of me says, heck, leave well enough alone!

Every industry is ripe for disruption, and the alcohol industry is no exception. It started happening when micro-brews started taking away market share from the major breweries. For the distributor/middleman to have a future, they must create and prove their value or risk being disrupted by a better and more cost-efficient system. It’s that simple.

If change comes to the alcoholic beverages business, it will only come after some titanic battles in the state houses and major business disruption. Change may come, but present norms are intricate and highly entrenched: Seventeen ABC (alcoholic beverage control) states maintain some form of state monopoly over the wholesaling or retailing of spirits, beer, and/or wine. Twelve others maintain rules that constrain pricing or restrict sales on Sundays — so called “blue laws” with roots in religious belief. A number of states maintain minimum pricing laws or restrictions on price promotions for alcohol. Some non-ABC states allow packaged spirits to be sold in liquor stores but not in supermarkets. There are also a few hundred “dry counties” left in ten U.S. states where no alcohol may be sold at all. Beer distribution in particular has been structured around conformance to this patchwork of laws. The wholesale layer serves an important purpose — employing route drivers/merchandisers who know how to comply at the local level. All told, the beer industry accounts for about 2 million… Read more »
2
|
0
-   Share

While I don’t think there are good reasons to make the three-tier distribution system mandatory, it will likely persist for quite some time. Things don’t change fast in D.C.

The mandates are state driven, so all it takes is one to get the ball rolling. Think of the legal marijuana business where medical adoption has led to recreational use with more states entering the category with each passing year.

The three tier-system heavily favors macro-breweries as do most of the distribution regulations because of lobbyists.
Interesting points on how the ‘budding’ marijuana industry distribution model might have reverberations in the beverage industry.

I believe Ken is oversimplifying things a bit, as there are a variety of distribution systems around…indeed they’re very state-specific. And we’ve already seen the growth, at least in California – and I would think in other states where it’s permitted – of ‘big box” retailers like BevMo that have “disrupted” the retail level; but that’s the key, “where it’s permitted” – alcohol is probably the most heavily regulated consumer good there is, and that’s not going to change.

What the article ignores is the opportunity the current distribution system provides for new entrants to the market. For example, it provides a way for the craft brewers to get their products on the retailers’ shelves. If the big three beer companies didn’t have to use distributors, I doubt that we would have had the explosion of craft beers in this country.

This is definitely an industry that deserves to be disrupted. The 3-tier system has only served to make distributors wealthier at the expense of consumers. While we’ve been fortunate enough to see the surge of craft breweries, this has happened despite the efforts of big distributors who try to shut out smaller brands at retail. Fortunately, there have been some retail bright spots with brands like BevMo and Total Wine that have done their best to work around these systems where the law provides some flexibility.

Perhaps the change will come as more and more states ease up the restrictions on home delivery across state lines, from not just producers but from other retailers as well. This industry has stagnated somewhat because the power lies in the distribution and those distributors have no incentive to change or modernize as we’ve seen in so many other product segments. However, any change will be slow given the constraints of so many disparate state and local laws that any entrepreneur would have to contend with.

e-commerce for the liquor industry is a mere 0.6 percent of the market but it is expected to grow to 17 percent by 2027, representing a multi-billion dollar disruption opportunity. The three-tier regulatory system isn’t easily changed, which is a network opportunity that builds competitive moats.

The challenge is being tackled by startups such as Thirstie who already is working with the large liquor brands such as LVMH, Beam Suntory, etc. (note: I am an investor).

Braintrust
"It probably will collapse. But the current growers, distillers and brewers may go on the acquisition trail of distributors in order to bring that expertise home expediently."

"What the article ignores is the opportunity the current distribution system provides for new entrants to the market."

"Ken makes a compelling case for its demise, but let’s be honest – when was the last time we revamped a system to benefit the producer and the consumer?"