How will the Supreme Court’s decision on Trump’s travel ban affect retailers? 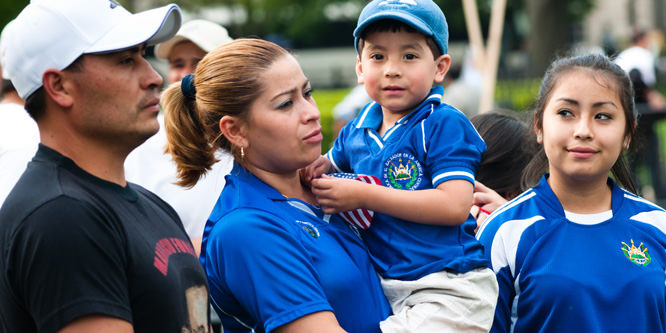 The Supreme Court’s decision to allow parts of the Trump administration’s travel ban to go into effect for foreign nationals who lack any “bona fide relationship with any person or entity in the United States” will impact retailers.

When the travel ban was announced earlier this year, it created a worldwide uncertainty that was palpable. Interestingly, employee communications and engagement were the source of much of the media surrounding the topic. Taking center stage, senior executives from Ford, Google, Apple, Facebook, Nike, Coca-Cola, and others made public statements to their employees.

Uncertainty brought into the workplace threatens to ruin the best corporate cultures and workplace diversity. Apple CEO, Tim Cook, led the charge when the travel ban was first released. He published a public letter to employees announcing that each of the potentially impacted employees would receive assistance from Apple’s HR, legal, and security teams. Cook also reached out to the White House in defense of his team, but what stands out is that he also took the opportunity to reinforce his corporate culture.

Mr. Cook sent an email to all Apple employees worldwide, part of which stated: “… And if there’s one thing I know about the people at Apple, it’s the depth of our empathy and support for one another. It’s as important now as it’s ever been, and it will not weaken one bit. I know I can count on all of you to make sure everyone at Apple feels welcome, respected, and valued.”

Corporate culture is more important now than ever. Gallup polls show that a mere 32 percent of employees are engaged within their organizations. This leaves most of the workforce uninformed and uncertain.

Starbucks also joined the ever-growing ranks of corporations acting to protect its workers. It launched an Immigration Advisor Program in partnership with Ernst & Young for immigration advice.

In the case of each of the mega-organizations listed above, statements of solidarity are headline news. Their messages were disseminated to the masses and employees with email addresses, but what about non-desk workers without corporate email addresses like many of those in retail working on the floor?

Eighty percent of the global workforce isn’t sitting at a desk or given computers when they’re onboarded. Retail and other industries have distributed workforces without many internal communication options. This makes sending company-wide messages especially difficult. And unfortunately, it is this worker segment that is potentially the most affected and needing to hear messages of solidarity from corporate leaders.

DISCUSSION QUESTIONS: What are retailers doing to make sure their organizations feel connected and informed during these turbulent times? How can retailers protect their corporate culture? How important is internal communication in times like these?

Please practice The RetailWire Golden Rule when submitting your comments.
Braintrust
"Shrewd employers like Apple and Starbucks know how important it is to make all associates feel valued, and heard."

"I applaud the companies that are re-assuring and supporting their employees with services and statements."

"I believe this has everything to do with corporate culture and the commitment of the corporate leadership to create internal awareness..."

7 Comments on "How will the Supreme Court’s decision on Trump’s travel ban affect retailers?"

We live in troubled times, so it’s important for retailers who want to retain their workers to communicate effectively on issues that could negatively impact their organizations. This type of communication can help calm employee fears while creating a stronger corporate culture.

Shrewd employers like Apple and Starbucks know how important it is to make all associates feel valued, and heard. To the question of how non-desk workers without corporate email addresses will be reached, don’t underestimate the power of media to spread the word.

I applaud the companies that are re-assuring and supporting their employees with services and statements. An old but relevant saying answers the questions that start with “how.” Where there is a will, there is a way.

I actually don’t think internal communications challenges are widespread in the U.S. as 87 percent of Americans are connected to the internet. I believe this has everything to do with corporate culture and the commitment of the corporate leadership to create internal awareness of key business and HR issues. We are all familiar with those retailers that have comprehensive communications strategies for both internal and external messaging. It’s all up to leadership to make it happen.

I agree with Ralph. If a company is always monitoring government/regulatory proposals and formulating responses, they are ready to make decisions and take action. This is a wake-up call for companies not prepared to respond that they need to find a way to be more aware of proposed decisions and to be preparing responses. The companies that do respond quickly in a way to protect employees will retain them. The other companies will lose talent.

Smart retailers focus on turn, margin and out-of-stocks. Political issue involvement always causes a market response disconnect. Retail is about sales and service for everyone. Lose sight of this fact and you will lose sales.

I too applaud those retailers that are taking a supportive stance for their employees, and effectively communicating that stance. I recently attended a retail consortium at HBS, a key point that came out of one of the studies presented was that one of the most customer loyalty engendering acts a retailer can take is to treat their associates well. I do hope that from a human resource perspective the travel ban will have a low and isolated impact on retail workers and their families. We all want better.

I do think the travel ban will have an isolating impact on the US, which will impact tourism, thus retail sales from those visiting from abroad.

Braintrust
"Shrewd employers like Apple and Starbucks know how important it is to make all associates feel valued, and heard."

"I applaud the companies that are re-assuring and supporting their employees with services and statements."

"I believe this has everything to do with corporate culture and the commitment of the corporate leadership to create internal awareness..."