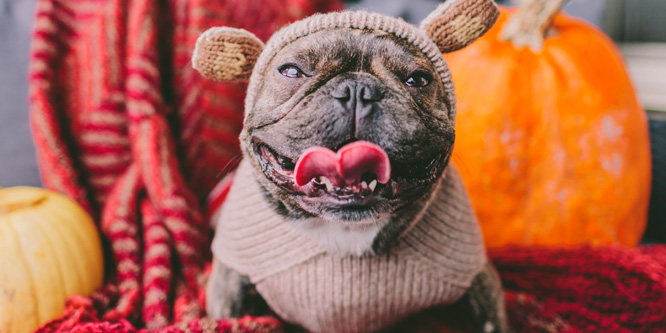 The National Retail Federation’s annual Halloween Shopping Trends survey shows that Americans are ready to get creative for this year’s holiday, and many will turn to social media for inspiration.

NRF expects spending for Halloween to be down slightly this year versus last, with the average consumer spending $86.27, down from $86.79 in 2018. Fewer people, 172 million versus 175 million, plan to celebrate Halloween this year compared to 2018, as well.

Matthew Shay, NRF’s president and CEO, said that while the trade group hasn’t seen a significant change in consumer spending on the holiday in recent years, it has seen “a noticeable increase in consumers whose Halloween purchases are inspired by their friends, neighbors and even celebrities on social media.”

So what social media sites are consumers turning to for inspiration this year?

The two most popular costumes among kids this year will be a princess and a superhero. Adults are most likely to dress up as a witch, while pumpkin will be the top costume choice for four-legged family members.

DISCUSSION QUESTIONS: Do you see any reason for concern that NRF’s Halloween sales forecast is down from 2018? Does the growing role of social media in Halloween-related consumer purchases provide lessons beyond the holiday?

Please practice The RetailWire Golden Rule when submitting your comments.
Braintrust
"Halloween is a creative holiday, I’d make it a goal to steer customers to my store instead of Pinterest for ideas."

"...how about a store event where associates dress up in costumes? There are nearly endless possibilities."

"Since the decline in average consumer spending is negligible, it’s not cause for alarm. Social media will still drive Halloween engagement..."

11 Comments on "How can retailers scare up more Halloween sales using social media?"

Let’s get far more varieties of healthier treats for kids to satisfy parents, but keep them fun and tasty for kids.

Most retailers just don’t do Halloween right. They load up gondolas with candy and devote a run or two to packaged costumes and accessories. If you want decor, it can be found in various departments all over the store.

Retail has sales down to a science, but it drops the ball on in-store events. Halloween is the second biggest retail holiday, it should be celebrated – merchandised – in one easy-to-shop, idea-inspiring place on the sales floor. Take the costumes out of packages, do makeup demos, host an in-store costume contest and another one on social media. Add in photos for kids and pets with Jack Skellington. Halloween is a creative holiday, I’d make it a goal to steer customers to my store instead of Pinterest for ideas.

Great comments. To go one step further, this approach can be successful for other holidays and occasions as well.

Absolutely, Camille! Rich and I tell our clients that they need to run one major and one to two minor events each and every month. Events are fun; they draw shoppers to the store and move merchandise, but do not necessarily involve a sale. Our book, “Jingle Bells… Christmas Sells: Events, Promotion and Tips for the Holiday Season!” co-written with Australia’s Debra Templar, is full of turnkey event ideas. Once a retailer gets into an event groove, it’s easy.

Since the decline in average consumer spending is negligible, it’s not cause for alarm. Social media will still drive Halloween engagement, as consumers love to express their creativity and sense of humor.

Lessons for retailers and brands ahead of Halloween (and other seasonal holidays) include:

Perhaps costume makers can inspire more purchases by making sure they have extra supplies of masks that depict outrageous political figures accompanied by signs they can hold up detailing a favorite tweet or Instagram post. Either way you lean, you’ve got to see the humor in this! As for my Boomer household, we’ve opted for a Woodstock reunion!

Can I come? I’m sure I have a “costume” somewhere in the back of my closet.

Seriously, in a polarized society … and one in which people have lost the ability to celebrate the absurd and just have fun … the whole political thing may be a bridge too far. Unless of course you had a contest to see whose supporters bought the most masks, kind of a costume primary.

Now where DID I put those love beads …

Halloween is a purely visual holiday – it’s all about the look and feel of the costumes and decorations. Retailers should be having a field day with promotional displays in-store that inspire shoppers to make more purchases. Otherwise, it’s a lost opportunity for the retailer. Social media is the ideal medium for retailers to promote those in-store displays. Just imagine a great Halloween department with multiple images posted to Instagram. Or how about a store event where associates dress up in costumes? There are nearly endless possibilities.

Social media just might fit decently with Halloween — because it is a visual holiday. Just look at the merchandising at Kroger — lots of things which live or die based on a quick look.

That is, in fact, about the best possible situation for social media — quick look ads. Focus on those things which are visually compelling without words and you just might increase store sales.

No real reason for concern. Fewer parents take their kids out, for a variety of reasons. Halloween is transitioning to be a much more “adult” holiday. And it may have, “jumped the shark,” a bit. The emphasis on healthier eating, safety concerns, and the fact that some people have perhaps overspent a bit in recent years are all contributing factors to a slight decline. I wouldn’t get too worried yet. As to the role of social media, isn’t it impacting every aspect of our collective lives?

Braintrust
"Halloween is a creative holiday, I’d make it a goal to steer customers to my store instead of Pinterest for ideas."

"...how about a store event where associates dress up in costumes? There are nearly endless possibilities."

"Since the decline in average consumer spending is negligible, it’s not cause for alarm. Social media will still drive Halloween engagement..."