How can retailers get customers to complete feedback surveys? 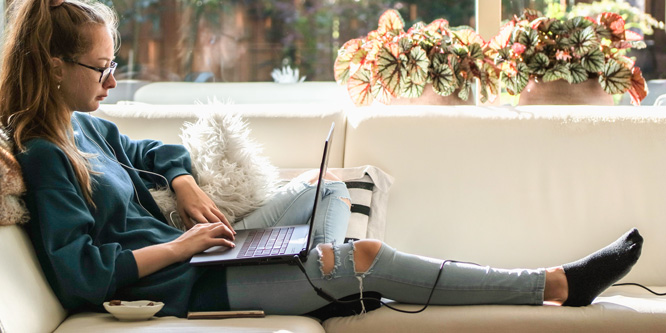 Some 44 percent of consumers across the U.S., U.K. and Australia say they’ve abandoned a customer feedback survey without completing it, according to a recent study from Medallia. The report suggests that survey design — and the channels through which feedback can be transmitted — are areas where improvements are needed.

Easily the most common complaint among the survey respondents concerned the length of the survey. More than half (57 percent) of those who had abandoned a customer feedback survey without completing it did so because the survey was too long.

Some respondents also pointed to other reasons for having not completed a survey, including a perception that the feedback would not be acted upon and uncertainty regarding the purpose of the survey. Separate results included in the report indicate that making the survey design more conversational and visual could help improve response rates. When offering their feedback to companies, two-thirds of consumers would like to include photos and sizable proportions would also like to include screenshots (42 percent), voice messages (28 percent) and videos (19 percent).

Asked how they currently provide feedback, the top-five choices were email, cited by half; phone, 32 percent; in person at a physical location, 28 percent; post on social media; and online review site, 25 percent.

Relatedly, 52 percent said that a negative experience they had in the past year could have been improved had they had the opportunity to give real-time feedback for the company to take immediate action on.

Medallia wrote in the study, “Consumers expect to converse with brands in real time, the same way they now converse with friends and family. They want to share their experiences, provide context, and receive value in return before the interaction is over.”

DISCUSSION QUESTIONS: Are traditional forms of collecting feedback no longer effective? Does the ability of consumers to deliver real-time feedback through mobile devices present more opportunities than challenges? How do you envision the future of customer feedback?

Please practice The RetailWire Golden Rule when submitting your comments.
Braintrust
"Real-time, three-question-or-less surveys, like those on rideshare apps are the way to go. No one wants to take the time after the fact — unless it’s a poor experience."

"What needs to happen is retailers need to back off of customer surveys and return to periodic outbound research to a sampling of customers..."

"Getting people to fill out surveys is like actually looking forward to your next dentist appointment."

17 Comments on "How can retailers get customers to complete feedback surveys?"

I regularly fill in feedback surveys, mainly because I am interested to see what is being asked. However, some of the questionnaires are awful: far too long, badly formatted, and asking a bunch of irrelevant questions. If you want engagement, be concise and make the survey engaging.

In my view, longer surveys should have some kind of reward attached: discount, coupon, special offer or even prize draw entry. Don’t expect a customer to use a lot of their valuable time without compensation.

You have two issues here — one is bad survey design and the other is bad feedback mechanism design. A company that asks more than a few questions is not respecting their customers’ time. A company that doesn’t include an open-ended “what else would you like to tell us” appears disingenuous about their desire to learn from their customers. Both are easy fixes. I’ve seen more of the second problem — how do I give feedback to a company? As the authors say, if I’m in the middle of a bad experience and there is no way for me to fix it, I’m angry. How does a retailer of any sort have a website without a link that says, “Give Us Feedback”?

To maximize customer participation, provide an incentive and keep it short. Period.

I see a couple of opportunities here. First is the opportunity to drill down to “WHY?” Why did the customer make the purchase? What was (were) the product attribute(s) that drove the purchase? Style? Fabric? Color? Trim? Fit? Price? In other words, what can the brand replicate in forward product development? And how fast? The other angle is how to mine current social media apps like Instagram and MeSpoke for what people are actually saying. Yes this would be difficult and subjective. And might not produce tidy little algorithms, but getting to “why?” is never easy.

Jeff, love the thought here. In the TECH BIDW world we often struggled with how and why. I think the position you take is right — let’s detach from how and ask “why did my consumer buy?”

It is rudimentary to ping a database and retrieve the column and row that recorded the transaction, but not as trivial to piece the rows and columns around this x/y coordinate to figure out the WHY.

Again, well said and thank you for the mention.

I think surveys lost their edge years ago. First, we get bombarded with too much of everything and time becomes challenging. Second, not only do most surveys ask too many questions, when you want to add your comments it becomes tedious and requires even more time. Moreover, as stated in the article, when you have taken the time to respond to a survey, you’d like to see some results. How about the customer who has graciously responded to a survey more than once, pointing out a particular issue they have, and yet it doesn’t get resolved? They’re no longer willing to participate and provide more feedback. Part of the problem is that companies today are receiving too much data and because there is so much information, much of it gets pushed aside. The concept here, “less is more” is the strategy retailers should consider. If you send an email survey, send an offer like if the customer takes the time to respond they get “X” percent off a purchase or “X” dollars toward a purchase.… Read more »
1
|
0
-   Share

Art, have you ever shopped at a physical Suitsupply store? I am defending “too much data” on this one.

Putting customers at the core and managing their data-based manifests are critical to the new-age of consumerism.

Please do not take me the wrong way — I am an ex-techie turned passionate retail evangelist.

In order to get good and valuable feedback, the process has to be quick and easy. This can be with any channel (email, social media, phone etc.) Consumers invest their (valuable) time to provide feedback. A good reward-driven feedback procedure would be necessary in my opinion. As a consumer, why should I provide feedback (and therefore valuable information for the company) if I do not get anything out of it? There needs to be the right balance between give and take.

Most consumers are tired of being pestered by retailers for constant surveys. My blog posts about this are the most widely read and enthusiastically endorsed of all my blog posts. Here is one example — about how customer surveys create unhappy customers.

This sounds, then, like a group with a product attempting to sell their product with research they interpret to create a need for their product.

What needs to happen is retailers need to back off of customer surveys and return to periodic outbound research to a sampling of customers, with managers taking the responsibility of being in stores and talking with both customers and employees.

The good news? By doing this retailers will learn more and make better choices than any research dashboard would ever lead to.

Survey fatigue is a big cause of lack of response. Bad timing (waiting too long after the interaction) is another. Traditional ways of collecting feedback work as long as there is a promise to keep it short. For example, recently I was asked if I would be willing to answer a one-question survey after my experience. One question is easy to say yes to. A “one-minute” survey is also easy. There is a movement to gather feedback as the customer is leaving through a survey “machine.” You may have seen Happy Or Not machines at airports and retail locations. Service Guru is a newer player that not only gets basic info from simple questions, but allows customers to elaborate on their responses, sending them to managers in real time. Often the manager is able to talk to the customer about any issues before the customer ever leaves the store.

I’m on the same wavelength as Cathy Hotka: Incentives!

Real-time, three-question-or-less surveys, like those on rideshare apps are the way to go. No one wants to take the time after the fact — unless it’s a particularly poor experience.

Bottom line, keep it simple, timely and give the customer a chance to expand on their experience with an open comment section.

I find it very hard to believe that one of the key reasons consumers don’t fill out feedback surveys isn’t that there is a lack of incentives. Maybe they respondents of that survey didn’t want to be considered greedy or the survey itself was fashioned so that the right response wasn’t available. I’ve taken to asking the research people calling the home phone (yes, we still have one) “what’s in it for me if I help you?” It almost always befuddles them, which is the point. There has to be some quid pro quo. I spend time and resources helping you sell more stuff and you give me at least a chance to get that stuff early or at a discount, or some other incentive.

Getting people to fill out surveys is like actually looking forward to your next dentist appointment. When I cater an event, I personally call them afterwards, thanking them and seeing how the event went. The response is very positive, as they enjoy the personal touch. Call me old-fashioned, but surveys are way too long and online should be quick and simple.

Easy. 1.) Give them some kind of valuable incentive; 2.) tell them up front how long it will take and show progress; 3.) keep it short and ask questions like a human; 4.) make it stupid-easy. It’s not rocket science — which people like Field Agent figured out quickly.

Going back to the future will answer this question.

Making consumers the core of your retail DNA will deem surveys unnecessary; engagement will speak for itself.

Through the advancements in TECH, we are going back to the future. I loved Fair Oaks Mall and still do, but it is just not the same – despite my age.

Making the shopping experience easier and faster with the desired level(s) of service readily available is a great goal, which has run amok. The company tendency is to force surveys as a means to minimize the percentage of complaints or to demonstrate the rarity of poor performance. These procedures do nothing to reverse the exodus of clientele resulting from negative word of mouth.

Smart companies are investigating ways to demonstrate, on a case by case basis, practical resolution to complaints with a statement on how the event will be prevented in the future. Chronic complainers and the functionally illiterate consumers may never go away. Rectifying issues and implementing well thought out processes designed to reduce negative results will be recognized and rewarded by the typical consumers.

Braintrust
"Real-time, three-question-or-less surveys, like those on rideshare apps are the way to go. No one wants to take the time after the fact — unless it’s a poor experience."

"What needs to happen is retailers need to back off of customer surveys and return to periodic outbound research to a sampling of customers..."

"Getting people to fill out surveys is like actually looking forward to your next dentist appointment."