Has RFID at retail finally passed the long-awaited tipping point? 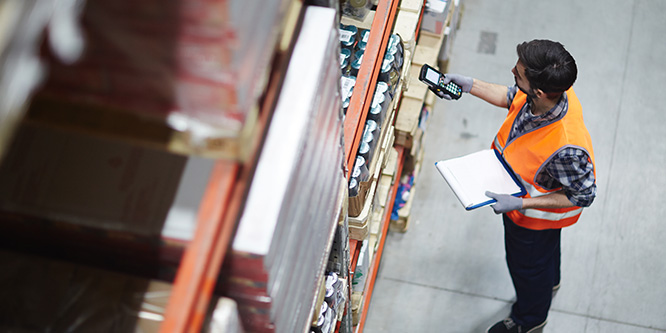 Through a special arrangement, presented here for discussion is a summary of a current article from Supply Chain Digest.

In the early days of radio frequency identification (RFID) technology in retail, around 2004, no small number of pundits were predicting the U.S. market was on the verge of reaching one of several tipping points, where adoption gained real traction.

It never happened — though perhaps it finally has now.

Accenture’s bi-annual study finds RFID use in North American retail “booming,” with 93 percent of chains using the technology. While almost equal to the 92 percent in the last study in 2018, the big change is deployments. As shown below, retailers only piloting RFID has shrunk to 8 percent from 48 percent, while full adoption has climbed to 47 percent from 28 percent.

Those numbers for 2020 frankly seem high to SCDigest, but maybe not.

E-commerce is fueling much of the adoption, with high inventory accuracy levels needed to support processes like store fulfillment and BOPIS.

Fully-adopted retailers reported a modest 10 percent return on investment (ROI) compared to 9.2 percent in 2018, although the measurements may exclude benefits to the customer experience from ensuring inventory accuracy is high.

Relatedly, retailers that have engaged with suppliers on source tagging were found to be seeing a 16 percent higher ROI than those that have not.

“Full adopters of RFID have all moved to source tagging and, overall, 45 percent of retailers say they are engaging with their suppliers on source tagging,” Accenture stated, adding, “Due to the magnitude of moving to full implementation, source tagging is a must to help rationalize labor for this task.”

Still, a slight majority of retailers aren’t making it past the adoption stage. Roadblocks cited include quantifying the value of RFID, identifying the right suppliers and partners and having the ability to train employees.

DISCUSSION QUESTIONS: Is retail past the tipping point on RFID adoption? What barriers remain that are holding back fuller deployment?

Please practice The RetailWire Golden Rule when submitting your comments.
Braintrust
"Could a better solution come down the tech innovation highway tomorrow? Sure and if that happens, RFID chips will be worth about as much as potato chips."

"While innovative, RFID straddles legacy tech and new innovation. It’s like the person who stayed at the dance too long."

"Every retailer, even mid-sized ones, should be looking into leveraging RFID."

14 Comments on "Has RFID at retail finally passed the long-awaited tipping point?"

The pandemic has fueled a number of jumps in retail when it comes to technology from self checkout to inventory management. RFID is one of those steps where it is becoming feasible for the retailers to begin to justify the cost of modernizing their systems as the cost of labor has gone up and will remain high. This is only the first of many steps coming down to modernize our shopping experience due to the cost of labor.

RFID is like the QR code and A/R … Popped onto the scene with much fanfare and then adoption languished. While innovative, RFID straddles legacy tech and new innovation. It’s like the person who stayed at the dance too long. But this can be overcome by the some of the new technology solution providers — they are honing their messages about the positive impact of RFID and retailers are listening. It will take convincing but the opportunity is there. New innovation like RF Keeper are making RFID new again.

RFID has been around for decades, and in 2003 Walmart was one of the first retailers to attempt to get vendors to tag all pallets and cases with RFID cases. The cost of RFID tags have been an obstacle for profitable ROIs; however, the cost of individual tags have come down to 4 to 8 cents based on volume commitments. Combining the much lower costs of RFID tags with the increasing cost of labor, RFID has now reached the tipping point where it is a viable solution. There a numerous use cases for RFID and one of the biggest benefits it truly achieving accurate, real-time inventory.

You can’t sell the item if you don’t know where it is. Retailers who deployed RFID long ago are very happy with the results.

Both RFID and QR codes exploded into our collective consciousness, fueled with hope and hype. Neither lived up to the expectations and both were soon relegated to the scrap heap. Yet both have continued to exist and grow. As e-commerce has gained traction through the pandemic, RFID has stayed in the background while driving much of the gains. Deployment has changed from revolutionary to evolutionary.

Until something better comes along, RFID is critical for retailers to adopt because without real time visibility of total inventory it’s impossible to succeed at e-commerce. Ship from store and pick-up in store are essential for making e-commerce profitable. It’s too hard to make enough money to stay in business if you’re shipping every purchase and return from/to a regional warehouse. Given the huge financial benefit of the 30+ percent lift you get to online sales when customers can touch a product in a store before ordering, or the 60+% reduction in return rate, the up front investment in RFID will more than pay for itself.

In practical terms RFID seems to be quietly and incrementally getting dangerously close to the tipping point, but the technology market is fickle. Could a better solution come down the tech innovation highway tomorrow? Sure and if that happens, RFID chips will be worth about as much as potato chips. More likely, RFID applications will plateau at some point soon, growing slowly until a better technology comes along.

By the time RFID gets fully adopted, newer, cheaper, smarter technologies will replace them. I think retailers should look towards leapfrogging, rather than force-fit the technology of 2004.

Too many folks have focused on the RFID chip. The challenge has not been the individual chip but rather the readers (i.e. the antenna). The weak link is that the implementations still require a human being to scan the items. This takes time and introduces errors limiting the true potential of this technology.

The true and full potential of RFID is gaining 100% near real-time visibility of inventory from factory to shelf. Lululemon, Target (apparel), and Walmart are using RFID with great success. New wireless connectivity technologies like LoRa will push this technology beyond the tipping point.

Hmmm. So many questions with this idea. First, the mythology of a tipping point – a far better headline than a useful planning term. Then, I have always questioned the return on RFID. These suggested returns sound like they are trying to sell the technology. Is this a paid report from Accenture to support the RFID industry?

It is possible that we have reached a point where “everyone will do it now” yet also have a technology whose return is quite mediocre — the idea of tracking everything in added detail always appeals to bureaucracies without necessarily affecting anything significant.

It won’t be exciting to talk about, but maybe there isn’t going (ever) be a “tipping point”… just a gradual (and largely unnoticed) adoption, until something better comes along. Which, honestly, sounds exactly like what has been happening.

The time for RFID is clearly right now. We just published a comprehensive white paper entitled “RFID-Powered Solutions: More Attainable Than Ever.” Many of the use cases we detail there support omnichannel and the pursuit of a better customer experience. There’s also info on deploying RFID technology for loss prevention and returns. The tipping point happened when labor costs rose and tag prices dropped to the point where the ROI became attractive. So, what’s holding retailers back from going all in on RFID? As the old direct mail pieces used to say: “Frankly, I’m puzzled.” Every retailer, even mid-sized ones, should be looking into leveraging RFID.

RFID has gone past the tipping point with some retailers and still has a long ways to go with others. One of the major challenges for RFID implementation is tagging the items. The tagging must come from the brand. Retailers like Walmart have a huge number of brands requiring many partnerships with brands to tag all items. Retailers like Lululemon, who are very successful, have only to deal with items from their own brand.

Another major challenge to RFID adoption was mentioned in the article: training employees to new processes. In my dealings in RFID implementations for many years, I agree with the author in stating that the cost and time to make the transition work are often much more complex and costly than estimated at the beginning of the implementation.

I have been tracking RFID since 1998 and the early days of the MIT Auto Id centre. I answered disagree to the poll question on the basis that in retail it is just the apparel sector where there has been any real adoption. That said I do not recognise the Accenture data. Our ECR group has published three reports on RFID, one in 2002, the next in 2018 on ten retailer case studies and last month on how retailers are using RFID beyond counting. Free to download here.

Braintrust
"Could a better solution come down the tech innovation highway tomorrow? Sure and if that happens, RFID chips will be worth about as much as potato chips."

"While innovative, RFID straddles legacy tech and new innovation. It’s like the person who stayed at the dance too long."

"Every retailer, even mid-sized ones, should be looking into leveraging RFID."