GameStop’s digital transformation to be led by former Amazonians 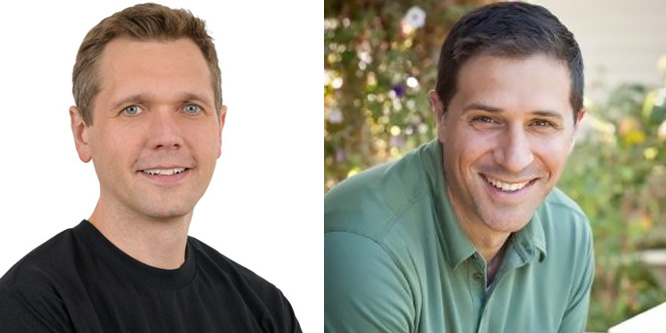 GameStop went shopping for a new CEO and CFO and found them at Amazon.com.

The retailer announced yesterday that it has named Matt Furlong as its new chief executive and Mike Recupero in its top finance role. Messrs. Furlong and Recupero are each leaving Amazon to take their new jobs at the video gaming retailer.

Mr. Furlong most recently ran Amazon’s Australian business and previously served as the retail and technology giant’s technical advisor to the head of the North American division. He served in a number of other roles during his nine years with Amazon. He began his career at Procter & Gamble with a focus on brand, marketing and sales.

Mr. Recupero spent 17 years at Amazon in a variety of financial roles after joining the company as an analyst. He most recently served as CFO of the company’s North American Consumer business. Before that he held the same role at Prime Video.

Mr. Furlong will be the first of the two to officially join GameStop with a start date of June 21. Mr. Recupero will follow on July 12.

The hiring of the two executives follows recent additions to the GameStop’s senior leadership team, including a new chief operating officer, chief growth officer and chief technology officer, bringing with them experience from digital organizations such as Amazon, Chewy and QVC.

The changes at GameStop are all said to be driven by its newly-elected chairman of the board Ryan Cohen. The former co-founder and CEO of Chewy has taken a major role in pushing GameStop’s digital transformation since first acquiring about a 10 percent stake in the company last year and then later being added to its board.

Mr. Cohen complained in a letter to GameStop’s board last November that the retailer was still operating a twentieth century business in a completely new era for gaming.

“If GameStop takes practical steps to cut its excessive real estate costs and hire the right talent, it will have the resources to begin building a powerful e-commerce platform that provides competitive pricing, broad gaming selection, fast shipping and a truly high-touch experience that excites and delights customers,” he wrote. “This is the type of world-class infrastructure that was constructed at Chewy, which is worth multiples of GameStop’s current market capitalization.”

DISCUSSION QUESTIONS: What changes are you expecting from GameStop with the new leadership team and board that have been put in place? How likely is GameStop to be successful in its mission to grow its business through a digital transformation?

Please practice The RetailWire Golden Rule when submitting your comments.
Braintrust
"They want to disrupt the market and what better way than to hire experts from the number one retail disruptor?"

Hiring former Amazon execs tells you everything you need to know — GameStop is going online in a big way. It will be very interesting to see how the new leadership team deals with the fundamental challenges that GameStop has struggled with and, in particular, online gaming platforms which have substantially supplanted buying product in stores. GameStop needs dramatic self-disruption, and that’s exactly what it seems to be pursuing.

They want to disrupt the market and what better way than to hire experts from the number one retail disruptor? Makes sense and I hope this will mark the beginning of a new perspective on gaming and its platforms.

I am excited to see how the new hires extend and expand upon Mr. Cohen’s vision. There is so much opportunity in this market, and if they can pivot effectively, GameStop is very well positioned to capitalize on those opportunities.

If you read the letter, you see RC Ventures wants to make it a technology company. Changes will be in vision, design (user experience), marketing, language and back end use of data for optimizing experience, assortment, pricing, etc.

It is highly likely they will build this into something for today/tomorrow and then possibly sell it to Amazon. Amazon is already in gaming with Twitch. GameStop could gain many efficiencies under the Amazon umbrella. Amazon would build more credibility and put out its own hardware, potentially gaming systems and build more LTV around the current and future PowerUp members. It could also integrate Prime video and Twitch into a gaming streaming service like Netflix. And Amazon/GameStop could leverage the retail footprint to do something innovative with the experience, like a gaming cafe or trade space.

GameStop’s digital transformation is a complete business model pivot from being a video game retailer to becoming a technology innovator and leader. The company’s overhaul of the board and c-suite was the foundational step to reinvent the company. So, don’t look here for retailing models as a guide; instead, consider fundamental technology moves that redefine retailing and the future of the gaming experience. As an example, GameStop has quietly been building a platform for non-fungible tokens (NFT) on Ethereum that caters to players, creators, and collectors.

GameStop needs to radically change its business/business model. Bringing in digital experts is a first step in this process.

Braintrust
"They want to disrupt the market and what better way than to hire experts from the number one retail disruptor?"