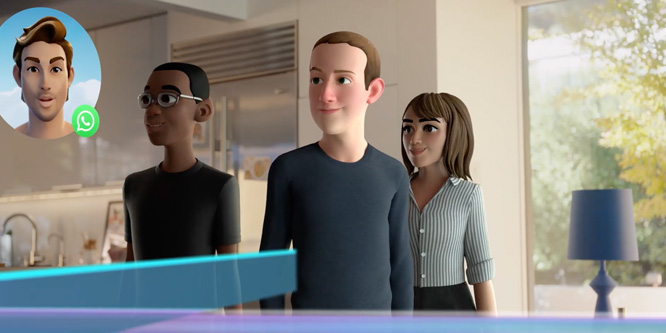 Meta, formerly Facebook, is reportedly discussing the possibility of opening physical stores to help introduce and explain the metaverse to the world.

The report on the development from The New York Times arrived a week after Facebook announced a rebrand of its corporate name to Meta to align with its goal of building the metaverse, a world where virtual reality (VR) and augmented reality (AR) technologies transform people into avatars to play, socialize, shop and work alongside others virtually.

According to the Times, the stores would showcase and let consumers trial devices made by the company’s Reality Labs division, including VR virtual reality headsets, video chat devices and AR-glasses.

The stores would focus on delivering experiences and learning rather than selling. Based on the documents the Times saw, Meta’s goal with its stores would be to spark “curiosity” and “closeness,” as well as provide a “judgment free journey” for customers to experiment with products.

The explorations occurred over the last year before the decision to rebrand, so the plans may be scrapped.

Facebook’s founder Mark Zuckerberg has cautioned that many core elements of metaverse may not become mainstream for another five to 10 years after “many billions of dollars” of further investment. Following Facebook’s name-change announcement, a number of skeptics predicted that the metaverse would remain too expensive and only interest a niche market of hobbyists and tech geeks.

Communications will also be essential for metaverse adoption and Meta last week introduced its first ads since the name change. The ad shows students in a museum encountering the Henri Rousseau painting, “Fight Between a Tiger and Buffalo,” which becomes 3D, surrounding the students with an immersive experience of vegetation and dancing wildlife.

“We’ve all stood in museums and wondered, ‘What if this painting came to life,” Meta’s global director of brand marketing Jasmine Summerset-Karcie told Advertising Age. “A lot of people are wondering, ‘What is the metaverse?’ This piece is really intended to inspire people; it’s a story of imagination and how our imaginations will ultimately define the metaverse.”

DISCUSSION QUESTIONS: Will stores or advertising be more essential to Meta’s efforts to drive adoption of the metaverse? What messaging approaches should Meta be taking for both its potential stores and advertising?

Please practice The RetailWire Golden Rule when submitting your comments.
Braintrust
"Stores will help with explanation, learning and discovery and will allow Meta to make more of an impact. "

"At this point in the story, stores and advertising are no brainers for awareness, education, experience and excitement building of XR/meta."

"Let’s face it — if the metaverse has to be explained, it has already lost."

Ironically, launching any product often requires the efficiency and immediacy of stores. At this point, Meta needs it more for customer feedback and iteration as much as anything else.

John Foley CEO of Peloton was famously asked this question at the height of the DTC revolution: why stores?

The bottom line is people need to experience something new. He reported that if he could get someone on the bike for five minutes, it was 50 percent likely that person would pay them $2,500 for a new bike on the spot. That is powerful.

Meta isn’t nearly that far along, but the same principle applies.

What neither advertising or stores will solve, however, is trust. Sadly, I think Facebook is a fatally flawed brand no matter what you rename it to.

Physical, in-store visits will galvanize Meta’s new approach to brand building and experiential differentiation. Look at Apple, Amazon and even Disney as they reinforced their vision of the world with physical stores. It’s paid off handsomely for them. Will it work for Meta? Hard to say but, with billions to invest, it just might.

Somebody is going to have to explain what the metaverse is and can be — even to early adopters. Some of the early attempts at doing that for the Internet of Things (anyone remember “IoT?”) through dedicated “stores” didn’t stick. On the other hand, Apple successfully used their stores to allow the world to meet the I-verse. But the real key to adoption will be when we don’t actually know (or care) that the delightful experiences we are having are powered by the metaverse — we just use them.

Meta needs both. It has digital ad prowess; now it needs physical stores to usher consumers into new immersive experiences.

All messaging needs to cultivate trust, which Meta lacks. Meta needs to prove it has changed its ways, not just its brand. Listening to consumers and leading with integrity, transparency and ethical standards can give Meta the fresh start it desires.

It is ironic that physical stores are the best places to experience virtual reality. But Facebook/Meta has no choice.

Personally speaking, I tried Oculus for extended periods of time. The hardware has been in production for several years now, but cannot be used for more than 30 minutes without a user feeling very uncomfortable. VR/AR has to become as comfortable and ubiquitous as headsets. The consumer behavior and societal shifts have to align.

Mark Zuckerberg stated that it will take five to 10 years and billions of dollars of investments. I think that is a fairly optimistic timeline and investment outlay.

The first effort should go to explaining the word “metaverse.” Consumers do not know what it means or what it means to them. An advertising campaign may be more effective at this point than anything else. The store may be limited in what it can do, although it could be a very good showroom.

The metaverse lends itself perfectly to experiential retail. The ability for shoppers to enter a store and enter a new world of experience could be quite an exciting addition to the High Street. It is not exactly retail as we know it – more like an entertainment center. But if it is showcasing products that can be purchased online then retail it is. However if we have to wait five to 10 years to see any real output from Meta, then retail will be in a very different place in that future anyway. Who knows what the High Street or shopping mall will look like in 10 years? There should be a host of experiential retailers by then so it will be in good company.

How ironic. We need physical stores to learn how to experience the virtual world. That’s actually a huge relief, and a giant reminder of the role physical stores can and will play in our future. Which probably means a lot of rethinking and retrofitting of currently existing space over the next decade. The process of evolution is getting downright serious.

The metaverse will grow and become more significant. However at present it is a very nebulous concept for most consumers. Stores will help with explanation, learning and discovery and will allow Meta to make more of an impact. However despite the hype, the truth is that people want to blend physical and digital. It is not either or, it is both. The decision to open stores is a demonstration of that fact.

Let’s face it — if the metaverse has to be explained, it has already lost. In addition, social platforms come and go, (remember MySpace?) and younger people have already moved on from Facebook to Instagram. I wouldn’t put a big bet on this.

Thing is, this is more than just a social platform. Right now, using the term Metaverse is like saying BOPIS to a shopper. What?! Having used it for years now, virtual reality (a better term) stretches far beyond social media such as sharing photos of the dogs or kids. There is an incredible amount of application here in so many potential ways, using immersive technology. I’ll go the opposite direction. I’d place a big bet on this.

As a regular user of an Oculus (now Meta) Quest, I understand the Metaverse and how appealing it is (at least to me) for a number of things including visiting with family in other places, exploring different parts of the world, and gaming, to name a few uses. But without the ability to try it in a physical store, for many it will be nothing more than a nebulous and unknown term. Pretty apparent by the many comments, from the very uninformed to very knowledgeable, that I have seen in various forums. So physical stores can play an important role in trial, purchase and adoption. I totally disagree with anyone who believes this isn’t a part of the future – they likely have never tried it.

There is little doubt that technology is dramatically crushing and creating business models across industries. And it’s fair to say that the innovations that Bezos brought to the traditional retail business models is due for another major update.

However I’m not sure that Meta is necessarily the best source for that new model. While they have no shortage of talented engineers and marketers to innovate, the foundation of retail success is built on trust. Unfortunately, this is a dimension in which Meta has some work to do.

Can they? Most certainly. There are few companies that have shown the ability to build novel capabilities and iterate their way to success. And I wouldn’t recommend betting against the competitive spirit of Mark Zuckerberg.

At this point in the story, stores and advertising are no brainers for awareness, education, experience and excitement building of XR/meta.

From a messaging standpoint, they should show both entertainment aspects and utility aspects. Each has a strong pull to help drive intrigue and adoption. Be realistic about timing so they get people excited but then ladder back to what it might mean nearer-term.

Aside from the typical store placement strategy, I would put stores or some type of experiences in major airports in large markets; maybe even something on airplanes. A large captive audience, generally bored, often looking to kill time and have the financial means to spend then or down the road.

Cue the Alanis Morissette late nineties song “Ironic.” And isn’t it ironic, don’t you think, that to build the Metaverse, Meta and other companies are very dependent on physical stores to drive outstanding experiences.

Meta, the social media company formerly known as Facebook, has discussed opening retail stores that will eventually span the world, said people with knowledge of the project and company documents viewed by The New York Times. The Meta stores would be leveraged to introduce people to devices made by the company’s Reality Labs division, such as virtual reality headsets and, eventually, augmented reality glasses.

Sadly (?) this thread seems to take the view that the “Metaverse” can’t be stopped. [Insert pic of The Scream here].

Braintrust
"Stores will help with explanation, learning and discovery and will allow Meta to make more of an impact. "

"At this point in the story, stores and advertising are no brainers for awareness, education, experience and excitement building of XR/meta."

"Let’s face it — if the metaverse has to be explained, it has already lost."