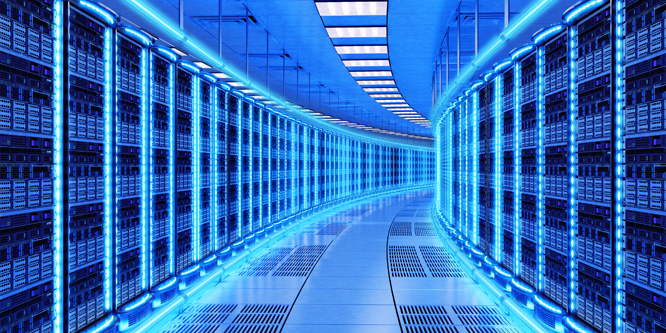 Through a special arrangement, presented here for discussion is a summary of a current article from the blog of Nikki Baird, VP of retail innovation at Aptos. The article first appeared on Forbes.com.

For retailers, the barriers to blockchain adoption might involve wrestling with privacy issues or ease of use, but the initial roadblock may be performance. In blockchain, performance really comes down to scalability — the ability to handle a lot of transactions (defined as adding new blocks to the blockchain) all at once.

Scalability is critically important in retail with payments and programmatic advertising.

Whether with traditional currencies backed by blockchain technology or with cryptocurrencies specifically, processing a consumer payment in retail should be no slower than it is today. To get adoption, it probably needs to be faster. Visa reports that its transaction capacity is 65,000 per second. Bitcoin, so far, has maxed out at 4.7 transactions per second, and Ethereum is estimated to have maxed out at 15 per second, again “so far.”

In programmatic advertising, it’s an even more acute problem. The lightning-quick decisions that go into what advertising to load when you view a web page can sometimes involve dozens of parties, all operating in miniscule fractions of a second. Google alone processes about 40,000 searches per second on average.

Another place where volume and speed matters will be supply chain, as blockchain is being examined as a possible way to handle massive volumes of IoT-generated data and keep track of it across multiple partners.

The issues around performance are not so easy to unwind. With Bitcoin, it’s not just about the numbers of transactions per second, it’s about the amount of electricity required to generate that kind of capacity — estimated to be as much energy as what Denmark consumes in a year. Some blame it on network latencies, and some are also looking for consensus algorithms and/or hashing methodologies (part of what governs when and how a block is added to the chain) that are more efficient, which would help both capacity and electricity consumption.

For now, for blockchain to truly achieve retail adoption, performance as it stands is not good enough, and many of the underlying technology debates suggest there is still room for step-level improvements to come, both in terms of speed and efficiency.

DISCUSSION QUESTIONS: Can blockchain be scaled enough to handle retail volumes, whether for payments, marketing or IoT? Do you see the technology overcoming any limitations in the near or long term?

Please practice The RetailWire Golden Rule when submitting your comments.
Braintrust
"There have been a lot of great use case examples, but for it to be a dominant technology it will have to scale massively. "

"Technologies are only as good as their total system efficiency, efficacy, and security."

"We are really talking about capacity here. And one thing we have learned about capacity and speed in technology is that in the long term it is not an issue."

Blockchain is a promising technology in so many ways — emphasis on promising. There have been a lot of great use case examples, but for it to be a dominant technology it will have to scale massively. And so far, it has not shown the ability to do so in as reliable a manner as many industries need.

We are really talking about capacity here. And one thing we have learned about capacity and speed in technology is that in the long term it is not an issue. I can’t imagine the magnitude of what will be needed, but I also could not imagine the speed and capacity of my phone or laptop today versus 10 years ago. My first Apple laptop (1991) had 4MB, expandable to 8MB.

If the question is, in fact, “Can blockchain be scaled enough to handle retail volumes” the answer is, probably yes — in time. A couple of things to consider here. First, transactional speed is only a viable metric in a totally secure system. If a system can be breached, hacked, or is subject to any other form of disruption, who cares how fast it is — fast here being a very relative term? Blockchain’s primary selling point has always been security, and as that grows in importance — and it will — there will be lots of attention to solving problems of speed, latency, etc. The second point is that blockchain is no more a “magic wand” than any other point solution technology. Technologies are only as good as their total system efficiency, efficacy, and security. So the real question is, how many systems will evolve that require or are facilitated by blockchains? If the answer is a lot, then the problems will get addressed quickly. If the answer is just a few, the problems… Read more »
2
|
0
-   Share

As long as the benefits of initial blockchain implementations continue to provide positive outcomes, ecosystem partners will continue to invest in the capacity and functionality of the technologies in much the same way other technologies have reaped substantial investments over time… like the internet has, for example.

Blockchain could be the next Segway. Remember how overhyped the Segway was? Even visionary Steve Jobs got it wrong when he said “Segway will be to the car what the car was to the horse and buggy.” Granted, blockchain’s unhackable technology will provide many opportunities for businesses that must have secure transactions. But blockchain’s slower speed will be an issue for retailers that generate huge volumes of transactions. Plus, the very thing that makes blockchain secure – thousands of digital ledgers all over the world – requires huge amounts of electricity to power. Blockchain may be better suited for other industries with fewer transactions and with larger values (e.g. financial and commercial real estate transactions).

The blockchain is a world-wide ledger that relies on massive redundancy as its core method of data security. This is why it gobbles up so many computer resources and draws so much electricity.

This seems like the very definition of a scalability challenge to me.

Blockchain isn’t yet ready to be fully adopted, as most blockchains are not providing scalable solutions (private blockchains aren’t blockchains, centralized servers are better used for those use cases). However, there are some great advancements going on currently in the industry.

Syscoin Z-DAG is the only technology that is claiming high TPS (currently over 60K TPS) that has been tested by a third party (whiteblock.io). The project has had its main net released since 2014.

And third party analysis by Whiteblock.

Braintrust
"There have been a lot of great use case examples, but for it to be a dominant technology it will have to scale massively. "

"Technologies are only as good as their total system efficiency, efficacy, and security."

"We are really talking about capacity here. And one thing we have learned about capacity and speed in technology is that in the long term it is not an issue."