Does Best Buy now have its own summer Black Friday? 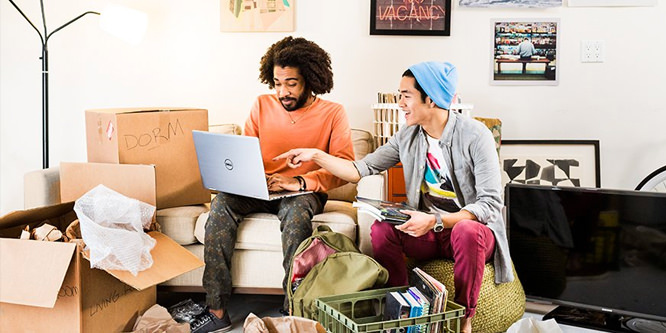 Black Friday has long been retail’s biggest holiday. And while Amazon’s Prime Day seems to have emerged as the Black Friday of the summer, the e-tail giant might not have the market cornered on new branded, seasonal shopping events.

On the weekend of August 18th, Best Buy held a 51st anniversary sales event, described as Black Friday-like by CNET. While 51 might seem like an odd birthday to celebrate, the sale was a follow-up to the previous year’s 50th anniversary sale, which proved successful for the retailer. Like the 2016 sale, this year’s was a 50-hour-long event with significant discounts on computers and tech gadgets.

While Best Buy might not be at the top of the retail food chain as it was at the height of big box electronics retail in the ’90s, the retailer seems to have successfully turned itself around after a serious, protracted slump.

Under the leadership of CEO Hubert Joly, the chain has implemented a slew of changes to meet the demands of the new retail landscape. For instance, Best Buy has opened stores-within-a-store for major brands like Samsung and has begun to focus on the emerging consumer-facing IoT/smart home market. Best Buy has begun using its Geek Squad to manage smart home installations for customers, with a special service package aimed at the growing niche of adults using smart home solutions to care for their aging parents.

But even with Best Buy’s gains, it’s unclear whether a yearly anniversary sale could have the same impact that Amazon Prime Day has had on the retail landscape.

In July, this year’s Prime Day (a 30-hour long event as opposed to the Best Buy’s 50-hour sale) was so successful that it reportedly drew not just online shopping traffic but physical store visits from its many competing retailers. One study by Sense360 reported a 24 percent drop off, on average, of foot traffic to a cross section of big box retailers, including Barnes & Noble, Walmart, Home Depot, Target and Best Buy.

DISCUSSION QUESTIONS: Given the popularity of Black Friday and Prime Day, is it worth it for retailers to develop their own retail holidays? What makes a sale like Best Buy’s worth having, and what could the chain do to further capitalize on the event?

Please practice The RetailWire Golden Rule when submitting your comments.
Braintrust
"Best Buy could make their event better by tying in Geek Squad in unique ways to turn the store into a destination."

"Prime Day is the world’s biggest loss leader. There’s a BIG difference in the timing of Best Buy’s sale ... three words: Back to School."

"The idea is to reintroduce the customer to the idea that there is more to the purchase of consumer electronics and related items than price."

11 Comments on "Does Best Buy now have its own summer Black Friday?"

Creating your own Prime Day may sound like a great idea, but the reality is that Prime Day succeeds because Amazon is seen by consumers as a brand that generates intrigue on its own — that special emotional response is what drives consumers to shop there during Prime Day. For other retailers to duplicate this they need to be a brand that can generate that same emotional feeling outside of a special discount day. If not, then that special discount day is nothing more than another sale. In Best Buy’s case, they have the slight advantage of being an electronics retailer and for many consumers electronic devices are enough to draw an emotional response. Would this work for a department store? Unlikely — consumers would see this as yet another weekly sale. Would it work for Walmart or Target? Possibly — they have a diverse product mix that it could work, but not likely at the same scale as Prime Day. Best Buy could make their event better by tying in Geek Squad in unique… Read more »
1
|
0
-   Share

Perhaps the question should be, why wouldn’t retailers develop their own holiday events? If they attract attention, reach customers and bring people to their brand, I frankly don’t see a downside.

First of all I didn’t even know Best Buy had a big sale and I’m a good customer. I don’t think generation Zers are going to be waiting in those long Black Friday lines EVER! No need for retailers to make their own Black Friday. We buy things as we need them. My generation doesn’t wait for birthdays and Christmas to get what we need or want. If our phone breaks or you drop it in the toilet like I just did, you don’t wait until Christmas to get a new case (oh, and Best Buy didn’t have the one I wanted so my sister wasted the trip of taking me to the store. I had to come home and order my new case online).

I think people like going to Best Buy stores because they sell televisions and things you need to physically check out to see if you like them. They are safe for a while. I don’t think my dad is shorting their stock.

This isn’t a new thing for retailers. Target has long since held a “Black Friday in July” event and the hapless Sears has done something similar. In the minds of most consumers, I think these events are just sales by another name — and one of many flash sales and promotion days, at that!

They might be good for cleaning out stock or drawing in trade during quiet periods, but they don’t have the pulling power, excitement or scale of Amazon’s Prime Day.

First of all, this is really an “apples and oranges” question. The advantage of Prime Day is that it offers broad discounting over hundreds and hundreds of brands and categories. Best Buy’s anniversary sale — by definition — will never be able to compete with Amazon, but that’s not the point. The goal of the anniversary sales, like so many of the improvements Joly has made since coming on board, is to elevate awareness of Best Buy’s strengths — great customer service, personal electronics problem solving and solution building and no-hustle sales. Sure people can get individual items cheaper in other places, but do consumers want cheaper televisions and cameras or the “right” television system or camera for them? Ditto with computers, phones, white goods, etc. The idea, I believe, is to reintroduce the customer to the idea that there is more to the purchase of consumer electronics and related items than price. How many of us have gone to Best Buy with Purchase A in mind, only to be talked into a lower cost… Read more »
2
|
0
-   Share

Best Buy customers might appreciate a Best Buy day that is equivalent to Prime Day. The sale will be appreciated by existing customers and give them an opportunity to pick up some new ones.

The goal of this type of “event” is to do something different than what everyone else is doing. Everyone participates Black Friday, but Best Buy can’t participate in Prime Day — that’s just for Amazon. So why not create their own version of that? Just yesterday I read an article that mentioned that every company is capable of having an “Amazon Moment.” The Best Buy leadership may not like being compared to Amazon, but that’s retail reality.

Retailers create their own retail holidays all year long. Store-wide, category and item promotions fill the calendar. Promotions are positioned on the calendar to drive traffic at troughs or spikes, it all depends upon how it fits annual and seasonal flow and it started with the first “tent sale.”

Best Buy choosing mid-August fits into the back-to-school selling season. Best Buy hopes to be the preferred destination when dorms are being outfitted and all sorts of electrical items are needed. It wants to get more than its fair share. Positioning it as an anniversary sale sends the signal there are special reductions to incent shoppers to visit a store.

Even newcomers like Alibaba and Amazon saw the value of a “sale” with Singles Day and Prime Day.

But these promotions become a curse when the need to “beat last year” is expected by The Street. Markdowns get deeper, another event goes on the calendar and the promo needle goes in deeper. Before the brand knows it; price integrity is eroded.

I can’t get over the feeling that events like these are more of a gimmick than a long-term solution. Best Buy needs to think beyond promotion and offer an in-store experience that stirs the emotions of their consumer. Customers need to have a reason to come back to the store other than price — otherwise e-tail giants like Amazon will always have the upper hand.

Prime Day is the world’s biggest loss leader. There’s a BIG difference in the timing of Best Buy’s sale … three words: Back to School. If the company can find a way to keep it profitable, I think mid-August is a great time for a sale.

Gee, an anniversary sale … who’d have thought? Sorry, but I don’t see any meaningful comparison between this and “Black Friday,” the points of which, of course, are that it’s widespread and comes at the beginning of the Xmas shopping period (or at least it used to been seen that way … before Xmas decorations started going up in June).

Creating a retail holiday is only effective for retailers big enough to command high sales volume. Prime Day is successful because shoppers need a Prime membership in the hopes of gaining new members in the future. Likewise, a sale like Best Buy’s is worth having if it increases sales and foot traffic during a typically slow season. To further capitalize on this event, Best Buy can market the event both online and in-store and make it a yearly event — much like Amazon’s Prime Day.

Braintrust
"Best Buy could make their event better by tying in Geek Squad in unique ways to turn the store into a destination."

"Prime Day is the world’s biggest loss leader. There’s a BIG difference in the timing of Best Buy’s sale ... three words: Back to School."

"The idea is to reintroduce the customer to the idea that there is more to the purchase of consumer electronics and related items than price."