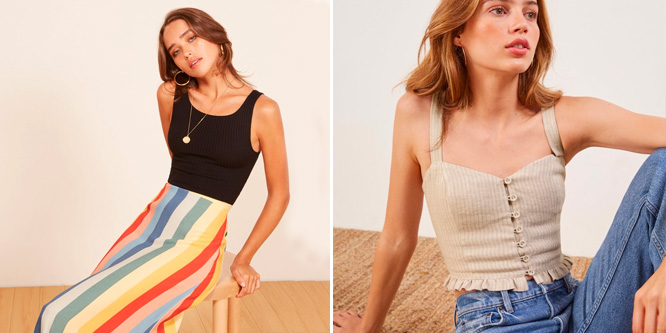 As part of an ongoing strategy to avoid the fate of many others in the flagging department store segment, Nordstrom has been focusing on putting together an assortment of products that customers won’t find at other retailers by partnering with direct-to-consumer brands.

Nordstrom has broadened its assortment of brands like Allbirds, Everlane and Reformation, becoming what the retailer calls a “partner-of-choice,” according to Business Insider. The brands deliver higher profit margins and now represent 40 percent of Nordstrom’s revenue at its full-price stores with expectations of the number rising to 50 percent by 2020. Because of their uniqueness, Nordstrom has found that direct-to-consumer brands are less vulnerable to discounting than traditional brands.

Direct-to-consumer brands, available primarily online and through brick-and-mortar pop-ups or showrooms, have experienced increasing popularity as traffic has slowed at traditional department stores with more staid, predictable assortments. Because of this, Business Insider counts Nordstrom’s new focus on direct-to-consumer brand partnerships as a win-win, making the chain’s assortment more exciting for consumers and increasing the reach of each brand partner.

The family-owned luxury retailer has recently taken other steps as well to build a rapport with a new kind of customer. Earlier this year Nordstrom announced a pop-up partnership with streetwear brand Stadium Goods, a move indicating a desire to court a younger, non-traditional luxury shopper.

The company also began piloting a new store format, Nordstom Local, late last year that carries no inventory for sale. Store visitors consult with a personal stylist and try on clothing, then have the actual product delivered later. Earlier this month, Nordstrom announced the expansion of the Local concept with two new stores slated to open in the fall.

Nordstrom has also attempted to improve its consumer-facing technology through the acquisition of two startups, BevyUp and MessageYes earlier this year.

DISCUSSION QUESTIONS: Does being a “partner of choice” for many direct-to-consumer brands put Nordstrom in an advantageous position? Are there any downsides? Do brands that pride themselves on being direct-to-consumer run risks by appearing more frequently on retailers’ shelves?

Please practice The RetailWire Golden Rule when submitting your comments.
Braintrust
"It’s a win for both, and it’s good to see a lot of experimentation going on at this 110-plus-year-old retailer."

"I’d advise these companies only to offer a few items from each particular style. This eliminates the risk of excessive discounting..."

"This partnership can further develop in different ways, from joint personalized communications to new products development..."

This is very an inspiring and welcome change coming out of the department store sector. The key to success and relevancy for department stores such as Nordstrom is newness, innovation, freshness and a willingness to take strategic risks such as partnerships with direct-to-consumer brands. There are far fewer downsides for Nordstrom because of the assortments, selections and diversity of brands that a direct-to-consumer brand partnership will drive.

If anything these direct-to-consumer partnerships, as well as the Nordstrom inventory-less showroom experiential model, position the department store in the driver’s seat with a clear competitive advantage. There are also very welcome signs coming out of Macy’s reinvention, as they pursue a more experiential, storytelling, pop-up enhanced model.

So perhaps, there is a viable future for department stores. Just not the department stores we grew up with. It’s going to take plenty of investment, creativity, innovation and partnerships to keep re-imagining what a department store should be in this new retail paradigm.

Getting exposure to a broader audience in a brand-consistent fashion is the life blood of any consumer brand. There are enough indicators out there that show that physical presence also drives digital business.It’s a win for both, and it’s good to see a lot of experimentation going on at this 110-plus-year-old retailer. Not all experiments will work, but standing still is a recipe for failure 100 percent of the time.

Direct-to-consumer brands indeed benefit from the consumer audience that Nordstrom and others can deliver. And Nordstrom benefits from this special category of offering that leverages their sourcing capabilities. This partnering brings value with the downside that the weakness of a single link defines the strength of the chain. Monitoring and correcting weak links are mutual and constant required actions.

In addition to choice, customers crave uniqueness. Nordstrom’s “partner of choice” program is a great example of both assortment curation, and providing customers with differentiated brands and products.

The key to future success is both diversity and differentiation. What is admirable about Nordstrom’s approach is that they are going beyond assortments and testing a variety of store formats designed to reach new customers. The battle of the future is “retail relevancy” that wins customer relationships based on more than having product at the lowest price.

Direct-to-consumer brands do not necessarily violate their brand promise just because they choose to expand their channels of distribution. I see brand promise as being first and foremost about attitude and aesthetic, quality, value, maybe sustainability. None of those are diluted by a presence in Nordstrom. Kmart maybe, but not Nordstrom. If Nordstrom and the direct-to-consumer brands both choose wisely, both win.

Nordstrom is a brilliant retailer. To become “partner of choice” for unique brand offerings separates them from the “pack” of department stores. Consistency of the brand’s items being unique, attractive and selectively available is the key to this merchandise strategy’s success — for both Nordstrom and the vendor. With the changes coming to the department store industry that stores are making to remain a competitive force (thinking of the change at Macy’s, Nordstrom and other leaders) — in a year or so, will we still use the title “department store?” Or will we use some other name that conjures up a sense of meaning, emotions, excitement, fashion and exclusivity of experiences and products?

Great move for Nordstrom. As far as the impact on the private labels… each fashion line’s ability to maintain their brand image comes down to the breadth of their product that’s offered at Nordstrom.

I’d advise these companies only to offer a few items from each particular style. This eliminates the risk of excessive discounting, increases excitement around each line and, this way, brands can maintain the exclusive feel without going down-market by partnering with a mass retailer.

This partnership is definitely a win-win. Direct-to-consumer brands get a physical presence hence get exposure to new customer segments and can improve their omnichannel approach. Nordstrom improves assortment, margin and has a fresh value proposition for its clients. This partnership can further develop in different ways, from joint personalized communications to new products development based on consumer insights gained in-store.

Nordstrom is already in an advantageous position since it is offering greater exposure to these direct-to-consumer brands. As physical retail space continues to decline (albeit to a lesser degree at Nordstrom) this move helps both sides and sets up smaller brands with a potential larger win. It’s doubtful that many of them would engage with Nordstrom if they weren’t looking for a big order. This is really just re-packaging traditional efforts but it is a nice touch.

Is there really any magic for a retailer like Nordstrom’s to carry quality brands that consumers want? Just because some of these new brands started as direct to consumer, it does not really change the decision process for the retailer. Does a new brand resonate? Will it bring in new consumers? What are the margins? Does it match with our brand? The questions are similar regardless of where a brand originated. I would ask the same question of Allbirds as I would of Adidas.

For the direct to consumer brands, the questions are also the same as other brands but reverse of the questions above. Does this retailer match with my brand? Will it conflict with other channels? Is the added volume, loss of the direct connection to the consumer and over time loss of control worth the risk?

Good move for Nordstrom’s positioning — keeping merchandising fresh with unique and interesting clothing is a smart move. It gives their customers a reason to come in (something new) as well as the opportunity to be on the cutting edge with fashion.

Good or bad move for the direct-to-consumer brands depending on their long-term goals. If they want to be perceived as more unique and not as widely available, this could be a downside. If they’re looking to become more mass oriented, this could be a great break for them. These direct-to-consumer brands will want to consider their current customers perceptions before making this leap.

Nordstrom is not a “rest on its laurels” organization as they are experimenting with many new store concepts, merchandise assortments and customer-facing technology. Offering direct-to-consumer brands that are not readily available at competitors’ stores is a smart strategy to maintain an image of exclusivity. Offering exclusive products and refreshing the brands regularly also helps keep customer interested in Nordstrom and drive more traffic, and ultimately, more sales.

Working with direct-to-consumer brands to limit the product availability will help maintain exclusivity of the products and maintain premium prices, which protects Nordstrom’s margins. Nordstrom need to be careful to curate the brands they offer and keep this an exclusive club. Anything they do to add theater to there customer experience is a good thing. The treasure hunt mentality, so successful in off-price, can be leveraged at full price with the proper curation.

Brilliant move on Nordstrom’s part as consumers are flocking to D2C brands. I don’t think this is necessary dilutive of Nordstrom brand equity and can position Nordstrom as an avenue to find the next hot brand or “supreme” beyond the millennial shopper. D2C brands can use the placement as they are spending inordinate amounts of money on google + facebook advertising, which is not sustainable. Any new channel, and one with the cachet of Nordstrom, is additive to their top line and brand growth without the requisite cash burn on media.

Nordstrom has been weathering the department store “apocalypse” relatively well through a combination on innovation and focusing on their core upscale brand/audience. Partnerships with appropriate new DTC brands is an example of both. And there are a growing number to choose from, as one side effect of Amazon’s dominance has been the growth of innovative new DTC brands, even in CPG categories which historically have always sold through retail outlets. Customers get a wider selection, and a sense of being in-the-know by connecting with new “hip” brands. Win-win.

Braintrust
"It’s a win for both, and it’s good to see a lot of experimentation going on at this 110-plus-year-old retailer."

"I’d advise these companies only to offer a few items from each particular style. This eliminates the risk of excessive discounting..."

"This partnership can further develop in different ways, from joint personalized communications to new products development..."