Did Walgreens and Rite Aid just work out a better deal for their businesses? 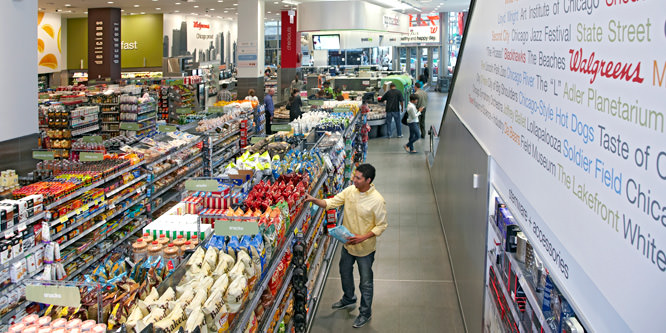 Talk about a long, strange trip. Walgreens Boots Alliance’s planned $9.4 billion acquisition of Rite Aid, which began with talks between the two drugstore chains in 2015, was called off yesterday. In the end, the parties concluded the Federal Trade Commission (FTC) was not going to approve the purchase and opted to work out a smaller deal for Walgreens to acquire 2,186 Rite Aid stores and three of its distribution centers for $5.175 billion.

Stefano Pessina, Walgreens chief executive officer, said the new, smaller deal will help to achieve its goal of expanding the company’s reach in the Northeast, Mid-Atlantic and Southeast, while providing fewer challenges to face financially and operationally.

Speaking on an earnings call with analysts yesterday, Mr. Stefano said the new deal would allow Walgreens to achieve more than $400 million in annual synergistic savings three to four years after closing. He said the stores Walgreens is acquiring present an opportunity to achieve even greater efficiencies on top of that.

“We feel good about that core of stores we’re acquiring,” said Alexander Gourley, Walgreens’ co-chief operating officer, on the call. “We think they are good value for us and it will really, really improve our network.”

The newest deal will also acquire FTC approval and it’s not clear whether or not Walgreens will face similar antitrust concerns given the concentration of stores it will hold in the regions where it is acquiring Rite Aid locations.

“The transaction offers clear solutions to assist us in addressing our pharmacy margin challenges and allows us to significantly reduce debt, resulting in a strong balance sheet and improved financial flexibility moving forward,” he added.

Yesterday, Walgreens reported a sales gain of 2.1 percent for its third quarter, while earnings per share increased 12.7 percent.

DISCUSSION QUESTIONS: What will the new deal between Walgreens and Rite Aid mean for their respective businesses? What will it mean for CVS and other retailers with pharmacies that compete with the two chains?

Please practice The RetailWire Golden Rule when submitting your comments.
Braintrust
"This is a masterstroke for Walgreens. They get all the value they were seeking and none of the less-desirable stores."

"...in some ways Rite Aid may come out ahead being able to focus on rebuilding their business with fewer stores."

7 Comments on "Did Walgreens and Rite Aid just work out a better deal for their businesses?"

This is a boost for Walgreens gaining more market share by purchasing the Rite Aid stores. But in some ways Rite Aid may come out ahead being able to focus on rebuilding their business with fewer stores. They will have plenty of capital to invest in remodeling them and making them state of the art if they choose to do so. As for CVS, I don’t see this mattering much. People go to the pharmacy closest to them, and I don’t think the customer cares much whether it’s Rite Aid, Walgreens or CVS as long as they can get what they need. Walgreens though will be challenged on taking over many Rite Aid locations that are old, tired and completely outdated in design and store appeal. If they want to build up their brand, they are going to have to invest in remodeling many of them.

This is a masterstroke for Walgreens. They get all the value they were seeking and none of the less-desirable stores. And the FTC will be hard-pressed to argue with such a “dramatic concession” in the deal — in my non-legal opinion of course.

As for leaving Rite Aid as a strong regional chain, that’s tough to see. It looks a lot more like a PE play for the real estate with an opportunity to take it through a bankruptcy to get rid of all the weak assets and costs (like labor) first to me.

As an observer, it certainly appears as though Walgreens got the better end of this deal — presumably most of the tier one and tier two locations without the expense and drag from the rest of the infrastructure. As far as Rite Aid is concerned, I will venture to guess that they’ll take the money and run. I would be surprised if they actually reinvested heavily into their remaining physical stores in order to compete with Walgreens, CVS and others.

At the same time, in this deal with Walgreens Rite Aid is giving itself a financial cushion to implement a business plan that will bring greater profitability. For the time being CVS and other drug store-type retailers have less to fear with Rite Aid. But if Rite Aid invests wisely they will move into a more competitive position.

It’s Walgreens that offers the greater threat to what are now considered traditional drug stores. I believe that grocery store chains with pharmacies have less to fear. But if Walgreens keeps growing the categories that are parallel to Target and big box stores the competition explodes simply because of its sheer presence — here, there, everywhere.

Walgreens was able to cherry pick stores, which may still have some anti-trust implications. Assuming they safely integrate these locations into the current Walgreens footprint, the company will have a formidable presence in key markets. This enhanced presence will translate into a larger competitor for CVS to do battle.

As for Rite Aid, I am not convinced that it will have the critical mass of good locations to represent a serious competitive threat to either Walgreens or CVS.

And is that sale of some of Rite Aid’s stores in (I think it was) Tennessee still on or not?

I’m not so sure this move is in the best interests of Walgreens. Just as in the previous Rite Aid corporate acquisition deal, they are now burdened with turning around several thousand underperforming stores, and Rite Aid units have not been generating high levels of profit, margin or growth for some considerable time. Moreover, Walgreens has never done this before; the Duane Reade acquisition of many years ago was much smaller. Walgreens has done very well over the decades with organic growth; this store acquisition may be a very imaginative approach to getting the units (given no one else would buy them — perhaps with good reason — and Fred’s was too weak to handle them), but they may prove a drain on a chain locked in a very intense competitive struggle with CVS. In this case, getting what they want might not be such a good thing.

Braintrust
"This is a masterstroke for Walgreens. They get all the value they were seeking and none of the less-desirable stores."

"...in some ways Rite Aid may come out ahead being able to focus on rebuilding their business with fewer stores."