Can Walmart’s sweepstakes game teach the unbanked to ‘bank’ their money? 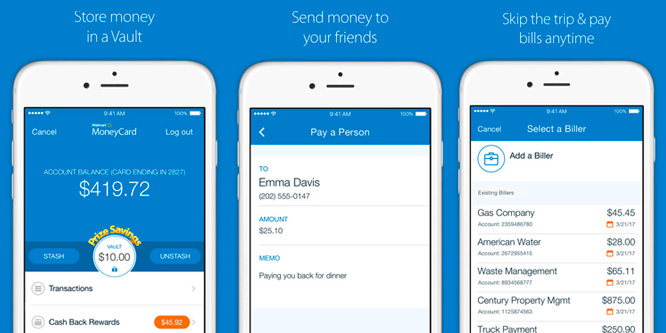 In order to let the unbanked and underbanked portion of its customer base take part in things like online shopping, Walmart has launched programs that make the retailer look a bit like a bank itself. But with its Prize Savings program, Walmart has taken a step that banks have not — Walmart is incentivizing its customers to save.

Last year, Walmart introduced the Prize Savings program as part of its MoneyCard offering, as discussed in an article on Good. The program gives users the chance to win cash prizes in a monthly sweepstakes if they place money into the “Vault” portion of the MoneyCard pre-paid debit account. Since Walmart introduced the Prize Savings program, the number of customers keeping money in their Vaults has increased 130 percent to 100,000.

Though the Vault was introduced based on research that indicated Walmart customers were not saving their money, the user agreement for the Vault specifies that it is not a savings account and does not pay interest. Nevertheless, as a savings account-like service, the Vault encourages users to deposit — or “stash” — money they cannot spend immediately. The funds in the Vault are available only via transfer.

From one perspective, the Vault appears to give its users a lesson in financial responsibility. The casual language and gamification, as pointed out in the Good article, promotes saving to a customer base otherwise suspicious of financial institutions and the small print and jargon they’re known for. On the other hand, the Vault keeps users within Walmart’s shopping ecosystem and offers no interest, while the long-term stability of the service remains to be seen.

Walmart isn’t the only retailer that has been trying to open up otherwise closed segments of the economy to the unbanked and underbanked.

Amazon.com, for instance, recently rolled out Amazon Cash. The program allows a customer to use an account-associated barcode at the cash register of a participating retailer in order to deposit cash into an existing Amazon account. PayPal has a similar offering, PayPal MyCash, which may have been the inspiration for Amazon Cash. But Walmart may be the first notable retailer to offer a savings-like account.

DISCUSSION QUESTIONS: What are the positives and negatives of Walmart introducing incentives to get its customers to save money in its Vault? Would it make sense for other retailers to offer savings-like accounts with incentives similar to Walmart’s?

Please practice The RetailWire Golden Rule when submitting your comments.
Braintrust
"By instituting such a program, Walmart strengthens the loyalty of its financially-constrained customers."

"Walmart can provide this service (and service is exactly what it is) and make a little off of it through investment while the customer wins."

"Looks like Walmart has created another way to weave itself into the fabric of its customers’ lives. "

11 Comments on "Can Walmart’s sweepstakes game teach the unbanked to ‘bank’ their money?"

From the consumers’ perspective, it gently forces them to address the problem caused by the fact that they may not have bank accounts or credit cards. From Walmart’s perspective, although it may not be a material amount of money, Walmart can invest the money in the Vault overnight and make a return on it. By instituting such a program, Walmart strengthens the loyalty of its financially-constrained customers.

This Walmart program is just so right on so many levels. The most significant of these is the retailer treating its customers as people and not just consumers. I am reminded of the layaway programs that taught some basic money skills. A small-town Canadian Tire store allowed me to layaway a $12 bicycle light with a generator and build-in speedometer (so exciting!) when my age still had one digit. I have been a lifelong patron. Buying, or having the ability to do so, increases self-esteem. Isn’t this some of what retailers can contribute to their patrons? That is still a good theory, Mr. Maslow and Mr. Walton.

This is a smart move by Walmart. It keeps consumers in the Walmart ecosystem. Other retailers can try to emulate these programs but few have the reach, both physical and digital, to successfully pull it off.

Say what you will about Walmart, they are true believers and practitioners of helping their customers save money and live better. This gamification initiative enables its customers to do exactly that and even have fun while doing it. These same types of customers tend to be the ones that are nickeled-and-dimed by traditional banks and credit unions, so it is great that Walmart is helping its customers on several fronts and they should benefit from an uptick of long-term customer loyalty as a result. When these same customers build their wealth and have more options in the future, they will tend to stay with Walmart and even Jet.com as they shift more spend online.

This is just a good move all around. Walmart can provide this service (and service is exactly what it is) and make a little off of it through investment while the customer wins. What is interesting to me is that their customers trust them over financial institutions. What does that tell us? Other retailers who have that level of trust might consider similar offers but it must match the needs and wants of their customer base. Walmart has got that down. For my 2 cents.

I see the Vault as a wonderful aid for consumers who are mystified when it comes to managing their personal cash flow. It’s a self-rewarding initiative for the customer and a great loyalty initiative for Walmart. For those of us who remember students’ Christmas Club bank accounts (something actually started by banks for adults in the Depression), we can appreciate that the Vault can prove to be a “wow” experience for those who never realized they could actually save money with an extremely tight budget.

Looks like Walmart has created another way to weave itself into the fabric of its customers’ lives. Good value to the customers as this is a convenience without an associated cost. With interest rates so low and many banks charging a fee for low balance accounts, the consumer is not giving up anything by depositing money into these accounts. Program needs additional methods of getting in-bound funding to let users deposit when the urge hits them.

This offering will appeal to a limited number of existing and new Walmart customers to use the Vault since they have turned the savings account into fun and prizes with the ability to save money. Games and prizes draw people to have fun along with spending in most cases, and savings in the Vault case. Other retailers may need to respond, but I think the Vault offering may only appeal to a small set of consumers. If so, the market will not support many other retailers doing this like Walmart.

The positives all seem to be for Walmart and the negatives for everyone else.

I’ll spare y’all a rant, and (try to) overlook the obvious suggestion this is little more than a way for them to bring the company store ethos into the digital age by assuring a captive customer base, by focusing on the “gaming” element. I’m sorry, but the “reward” of saving is that you have your money available to spend later … it’s not a lottery and shouldn’t be promoted as such.

There’s little to nothing I like about this … sorry, maybe I ranted after all.

This is a good move for Walmart. It provides a good value to a subset of their customers, while also connecting them even tighter to the Walmart brand. It will most likely create more brand loyalty for them from these customers, not to mention the good press this is sure to bring Walmart as well. Is there a downside to customers? Depends on your point of view. If you believe the under-banked customers that take advantage of this program were never going to use a bank to save money then no, there’s no downside as this will cause them to save something where there used to be nothing. If you believe the under-banked want to save money and just don’t know how to take advantage of traditional banking programs, then Walmart may just be creating a fun distraction for them rather than actually helping. I believe both types of consumers are out there so for those that use this, it’ll be a win.

Years ago before credit was more accessible, retailers were the source of banking for consumers. People cashed their paychecks, send remittances and did layaway for major purchases at the store. As omnichannel fragments the consumer market, every little bit of traction helps improve share of wallet for Walmart.

Braintrust
"By instituting such a program, Walmart strengthens the loyalty of its financially-constrained customers."

"Walmart can provide this service (and service is exactly what it is) and make a little off of it through investment while the customer wins."

"Looks like Walmart has created another way to weave itself into the fabric of its customers’ lives. "