Can Rosalind Brewer cure what is ailing Walgreens business? 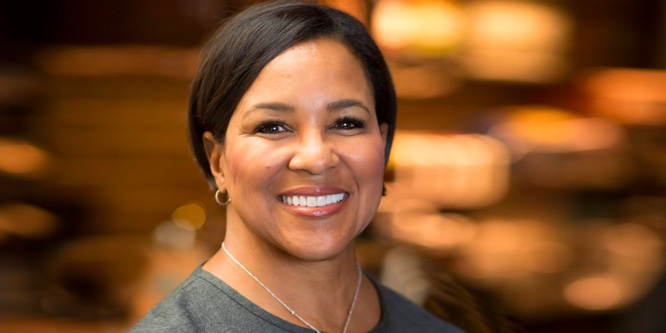 Walgreens Boots Alliance has reached a deal with Rosalind Brewer to join the company as its new chief executive officer, replacing Stefano Pessina who announced last summer that he would move to executive chairman of the company’s board once his replacement was found.

Ms. Brewer, who most recently served as chief operating officer and, before that, CEO of Sam’s Club for five years, becomes the only Black woman to lead a Fortune 500 company, according to a Wall Street Journal report.

Mr. Pessina said in a statement that Ms. Brewer is an “experienced executive who has led organizations globally through periods of changing consumer behavior by applying innovation that elevates customer experiences —ultimately driving significant and sustainable growth and value creation.”

He lauded “her relentless focus on the customer, talent development, operational rigor and strong expertise in digital and technological transformation” calling those qualities “exactly what” the drugstore giant needs at this point in time.

Ms. Brewer joins Walgreens following a period when the company’s profit fell even as sales increased. Sales at Walgreens pharmacies in the U.S. only rose 1.6 percent in the first quarter as the chain said prescription volume failed to grow at expected level.

The chain rolled out a new loyalty program, myWalgreens, and launched a 30-minute pickup service at its stores in November.

Walgreens, which along with its drugstore rival CVS, is expected to play a major role in vaccinating Americans against COVID-19. That fits with the retailer’s announced intention is to raise its reputation as a health destination. Walgreens announced last summer that it planned to make a $1 billion equity investment in VillageMD. The deal would locate up to 700 primary care doctor’s offices in Walgreens’ stores in 30 markets over the next five years.

DISCUSSION QUESTIONS: What do you expect Rosalind Brewer to bring to her role as CEO of Walgreens? What do you see as the major challenges she will face as she takes over the job?

Please practice The RetailWire Golden Rule when submitting your comments.
Braintrust
"Based on her background and experience, she is the person for the job. Her biggest challenge will be changing the operational mindset of the company."

"What I do I expect Rosalind Brewer to bring to her role as CEO of Walgreens? A lot of competitors shaking in their boots."

"Yes, I sincerely believe that the addition of Roz to this leadership role will be a giant step in the right (and new) direction for Walgreens."

15 Comments on "Can Rosalind Brewer cure what is ailing Walgreens business?"

Stefano Pessina deserves a lot of credit for creating a global healthcare giant. However, his focus was on growing through corporate dealmaking. That road has come to an end and Walgreens now needs to grow by focusing on customers and becoming more competitive against rivals. Nowhere is this truer than on the retail side of the business, which has been severely neglected over recent years. Given her previous roles and experience, I am hopeful that Rosalind Brewer will bring this focus to the business. It won’t be an easy task as there are plenty of challenges on the healthcare side too, but I believe Ms Brewer is the right person for the job and her appointment makes me more confident about the future trajectory of Walgreens.

Yes, I sincerely believe that the addition of Roz to this leadership role will be a giant step in the right (and new) direction for Walgreens. Her drive, passion, and fresh perspective — not to mention her track record of successful transformation and customer focus — is the right medicine at the right time.

The company has been cost-cutting its way into irrelevancy. I would love to look at their financials in depth to see where the profits are leaking out, but it sure as heck isn’t in pharmacy techs or customer service.

When Rosalind Brewer was CEO of Sam’s club in 2012, she focused on health and wellness by doubling the number of organic products offered at Sam’s Clubs.

When Brewer was Starbucks Board of Directors and COO in 2017, she implemented policy changes and instituted racial bias training for employees in 8,000 stores on racial bias.

I expect Rosalind Brewer to bring in more healthy innovations to Walgreens’s product section and to make improvements to Walgreens’s corporate culture. She’ll likely face similar challenges and push back against making big product and culture changes, but it’s unlikely to be a significant challenge that she hasn’t experienced and overcome already.

Based on her background and experience, she is the person for the job. Her biggest challenge will be changing the operational mindset of the company. Walgreen’s has never been been creative, agile, or fast moving. Today it must be. (Another loyalty program solves no problems.) Profit falling on increased sales signals operational issues to be solved over 89% of the time.

Ms. Brewer is an operational mega-star forged in high-intensity consumer-driven companies. She is board-tested and thoroughly understands the complexities of the retail supply chain. This last point will be critical in distributing and vaccinating customers in 2021. Expect a greater focus on bringing analytics and digital technology to transform operational processes and the in-store experience. More fundamentally, Ms. Brewer brings a fresh change in mindset in viewing company challenges and feasible options.

Based on her retail experience, I think choosing Ms. Brewer is a solid decision to focus on growing the business and competing with the other major players. She has a a solid track record in the retail arena and I am hopeful she can get Walgreens back to track and being relevant to customers.

What I do I expect Rosalind Brewer to bring to her role as CEO of Walgreens? A lot of competitors shaking in their boots.

Just as the retail pharmacy sector has been facing significant disruptions, increasing competitive forces from Amazon, Walmart, and others, and serving a changing consumer base, Walgreens will be well-positioned for growth and transformation with Rosalind Brewer at the helm. While Stefano Pessina has led Walgreens to this point of significant growth, the Walgreens team has to shift its focus to a changing consumer landscape focused on health, wellness, hygiene, and lifestyle needs.

In a market where Rite Aid and CVS have already made their commitments to transforming the in-store and digital experiences to serve this new customer, Walgreens will certainly have their work cut out for them. Considering Rosalind Brewer’s experiences in driving health and wellness initiatives, leveraging the latest digital technologies, and focusing on the customer experience, Walgreens will make the necessary pivots to compete in this new arena.

It will be interesting to see how this plays out.

New Jersey Governor Murphy has gone on record about his frustration with Walgreens — it is interesting to see a politician call out a company by name when sidestepping is usually part of political protocol. It would be assumed that correcting their operations around the vaccine would be a major issue to tackle. It could also be expected that Walgreens will digitize, as did Starbucks so successfully blending the digital and physical experience. Perhaps Walgreens goes Global (to China) as aggressively as Starbucks? That would be fascinating.

Two years from now, hopefully Walgreens will be a store a consumer will actually enjoy shopping. Ms. Brewer has mountains of mindsets to alter, an annoying loyalty program pricing scheme that feels like a scam to the customer, and employees who dislike both their jobs and their Walgreen customers. If Ms. Brewer can turn Walgreens around, I will be first in line to buy her best-selling book!

Ailing? Based on a single quarter in the midst of a worldwide crisis? That seems a bit reactionary (with almost $140B in sales) they’re a major player in a tough, competitive market. I wish her well.

Walgreens is kind of messed up. Their operation has really fallen down over the past decade. They have made too many cuts to staffing and SKUs (they may have been overstaffed and over-SKUed 15 years ago — now they have gone to the opposite extreme). In the past few years store maintenance seems to have disappeared (floor cleaning, landscaping maintenance, etc.). I think there is a morale problem. Walgreens was a quite stable company before the Boots merger with little to no debt, stable management, and high volume stores. Poor IT was an issue before and is still an issue now. The one spot where Walgreens seems to do well is some of their merchandising is actually quite good. I am just not sure how relevant some of the higher-end beauty items and better quality seasonal items they carry are to their stores and how much these things actually sell in Walgreens. But in those categories they are a definite cut above CVS and Rite Aid, and this is a development that took place since… Read more »
1
|
0
-   Share

Rosalind Brewer can fix the ship at Walgreens, who need to shift their model, become more omnichannel, and work with the government (using their Covid leverage) in better ways. She knows customer service, development of community presence, and staying at the cutting edge of social media. If the board empowers her to start out with leveraged change, she will be successful!

Braintrust
"Based on her background and experience, she is the person for the job. Her biggest challenge will be changing the operational mindset of the company."

"What I do I expect Rosalind Brewer to bring to her role as CEO of Walgreens? A lot of competitors shaking in their boots."

"Yes, I sincerely believe that the addition of Roz to this leadership role will be a giant step in the right (and new) direction for Walgreens."