Can Payless avoid past mistakes with its new comeback effort? 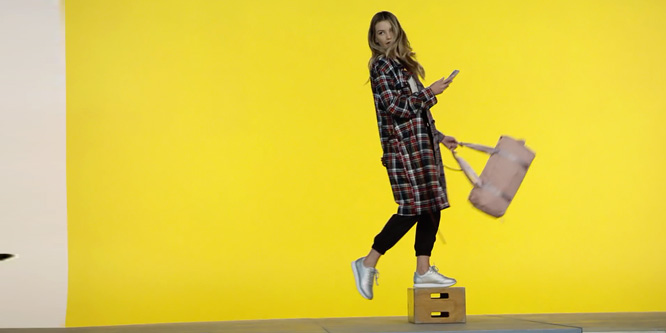 Payless has been in and out of bankruptcy for years, having filed for court protection in 2017 and again last year when it announced it was closing all its stores in the U.S. and its e-commerce site.

Having emerged from Chapter 11 in January, the discount shoe seller said it planned to focus its immediate efforts on foreign markets, but that it was planning an American comeback as the country, according to CEO Jared Margolis, represented the “biggest growth opportunity” for Payless going forward.

Now, WWD reports that Mr. Margolis and his team are ready to have another go at getting it right in the USA with a relaunched website and new store prototype.

The new Payless will be decidedly smaller. The retailer, which once operated thousands of stores across the U.S., will cap its physical locations at between 400 and 500, with e-commerce expected to carry more of the selling load. Mr. Margolis told WWD that he expects online to “conservatively” account for somewhere between 30 and 40 percent of total revenues within five years.

Payless will open its first prototype in the Miami area, close to company headquarters. Mr. Margolis said the retailer plans to open 30 to 45 stores in Texas and along the U.S. border with Mexico by the end of next year.

The chain plans to make use of technology to assist in its self-service selling efforts. Touchscreens will enable shoppers to look for products not available in-store and place orders for delivery. The retailer will also roll out an app that allows shoppers to use their phones to help determine shoe size for in-store or online purchases.

Payless’ Margolis expressed optimism about the chain’s prospects, vowing not to repeat the mistakes of the past. The retailer will avoid reopening stores in markets that underperformed before and plans to outsource many functions it previously did in-house to keep costs down and remain nimble in the face of market challenges.

Keeping to its discount roots, Payless will sell shoes for an average of $19.99, with the highest price at $49.99. The company will seek to partner with influencers, celebrities and designers to create collections that will create excitement and drive traffic.

WWD reports that Payless plans to make use of its database of 70 million former customers as part of its initial marketing efforts. The retailer is working on launching social media programs in Houston, Miami, New York and Los Angeles in the fall.

DISCUSSION QUESTIONS: Does Payless’ new plan to remake its U.S. business sound like it could work? What do you see as the biggest challenges and opportunities for Payless as it restarts?

Please practice The RetailWire Golden Rule when submitting your comments.
Braintrust
"Yes it’s tough at retail right now, and there is a lot of competition, but it looks like Payless has done the research necessary to cautiously reopen in the U.S. "

"Selling $14.99 shoes to fast growing feet of hard to guess sizes is hard to do online at all, never mind profitably."

17 Comments on "Can Payless avoid past mistakes with its new comeback effort?"

At a time when most retailers are looking to reduce store numbers and when footwear sales are down strongly thanks to shifts in demand, it seems a bit absurd for Payless to be opening shops. That said, the U.S. is a huge market which is why Payless wants a slice of it. It is also the case that as we emerge from the pandemic that lots of consumers will be focused on value which provides an opportunity for a low-price player. Whether these things translate into success for Payless remains to be seem. There is a huge amount of competition in the footwear market and Payless is going to have to differentiate if it wants to draw in customers and succeed.

While this new incarnation of Payless sounds like it is built for the retailing of today, the shoe category continues to be challenged. On the negative side market conditions remain difficult, with consumer demand sporadic. On the positive side this new version of Payless will have plenty of real estate options, and re-building the brand with a significantly stronger digital/online presence is encouraging.

This is definitely walking the plank right now. I don’t know if this is the right time to be opening up new stores or new formats of old stores, especially in shoes, but I guess they have data to support their decision. Good luck to them.

The famous quote “history repeats itself” has often been taken out of context. The original quote by George Santayana is: “Those who cannot remember the past are condemned to repeat it.” Payless has a significant negative past history that it can rely on for clues of strategies that haven’t worked. Their new strategy appears to be more focused and one that calls for the company to “advance and secure” its position before launching additional initiatives. It also appears that its technology investments will complement their strategy going forward.

While I give the new team credit for pushing e-commerce to between 30 percent and 40 percent of their total revenue, the average price is extremely low in order to offset shipping and logistics expenses to be profitable. The only way this could work is if they didn’t offer fast delivery, which is the exact opposite of what a customer expects today. This is the challenge for low price e-commerce “startups” – how to manage logistics expenses and customer expectations with speed and be profitable.

Most every retailer in the retail clothing or shoe industry has struggled as many stores were forced to close during the pandemic and re-opening numbers haven’t yet returned to normal. They missed an entire fashion season on top of that. As for Payless, the bankruptcy will give them the ability to eliminate low-producing stores and focus on what might work. They understand retail and it looks like they are learning from mistakes and sticking to their core business strategy, which is what the name of their store implies; the customer will pay less.

The new Payless business model will have its challenges: 1.) there are many successful shoe competitors like DSW, 2.) they want to have shoes from designers yet charge $49.99 or less with an average of $19.99, and 3.) smaller and less sparse stores means that the online presence is all the more important. The good news is that they have a previous customer base of 70 million shoppers which they can easily contact. It is hard to predict demand in the shoe category, and the customers have a huge number of choices. Payless has their work cut out for themselves and the challenges are many.

Payless wins the award for tenacity if nothing else. Learning from past mistakes is good but, in the current climate, that won’t be enough. It’s a different world from six months ago, with new challenges and many new mistakes to be made. Payless will need to not only learn from the past, but be agile and fluid in its future plans.

Hindsight is 2020, right? If Payless keeps the best part of its former business and eliminates the things that lead to its downfall, why not? A big online presence and a database of 70 million customers is a good place to start. Yes it’s tough at retail right now, and there is a lot of competition, but it looks like Payless has done the research necessary to cautiously reopen in the U.S. And besides, everyone loves a comeback. I wish them luck.

I had the pleasure of working for Payless as a consultant from 2006 to 2009. I can share they had an extremely efficient supply chain (source to consumption). Their supply chain was a competitive differentiator. With that said, the opportunity is with respect to their digital strategy (unified commerce) and the enabling technology to execute their strategy. Given the current climate it will be interesting to watch and learn as they pivot from being a traditional brick-and-mortar retailer to a future state that will require agility and speed to compete.

While it may seem counter-intuitive to some, there is a place for brick-and-mortar retail out there. If the average price is $19.99 then a lot of the transactions are well under that value. Selling $14.99 shoes to fast growing feet of hard to guess sizes is hard to do online at all, never mind profitably.

Payless gets my YES vote. Yes it is a tough market, but opportunity abounds in the form of:

There is certainly a consumer market for Payless. Both the challenge and opportunity lie in being sharp enough and focused enough to reach this consumer in a productive way. Scaling back store count, amplifying ecomm and leveraging technology to keep costs down are all good places to start.

Not many brands can weather a post-bankruptcy comeback very well — if at all — especially in today’s market (despite the pandemic), where what’s relevant is only as worthwhile as who said it. Payless will definitely need a smart influencer strategy. But, more than that, they will need the ability to listen to consumers needs/demands and adapt in real time, both in-store and online, if they really want to stick around.

It is interesting. Some retailers get burned in a bad market, and it hurts the company badly. So they weigh the option of reinventing the enterprise, if they feel they can stick it out to the extent that their customer base literally does not recognize it, and it becomes extremely hard to grab market share when everyone in that arena is playing the same game. Payless’ Margolis is brilliant on his roll-out plan. It is retail smart and will recapture his previous customers while cultivating many new ones. I am seeing this as a tempered rollout, and that, in my book, is brilliant.

I think they had too many stores before and their mix/pricing seemed off. I never bought anything from this store. They still have stores in foreign countries, so it isn’t like they are went completely out of business and are attempting to revive. It is just in the US that is happening. Given they have the data on what stores/areas did well for them in the US, this may work for them. I think their store network was much too big and they had way too many stores that generated far too low of revenues. To have so many stores also caused a big inventory bloat and I think they had a lot of lousy inventory because they had to fill the stores with something. With fewer stores, hopefully they can buy better inventory and make what were the better performing stores that much better. Many of their stores in my area remain vacant and mostly fixtured (nobody bought the shoe shelving). Some still have signs up. They had stores in every kind of neighborhood… Read more »
2
|
0
-   Share

There’s no shortage of companies that sell merchandise cheaply, and simply avoiding prior mistakes isn’t enough … some compelling proposition in the business model is necessary, and I don’t see it in the small number of token offerings (“we have this app…”). “Payless has been in and out of bankruptcy for years.” Next.

I believe if it could work, it appears Payless has redefined their positioning and space in the retail world. Payless’s biggest challenge will be to maintain their deliberate relaunch.

Braintrust
"Yes it’s tough at retail right now, and there is a lot of competition, but it looks like Payless has done the research necessary to cautiously reopen in the U.S. "

"Selling $14.99 shoes to fast growing feet of hard to guess sizes is hard to do online at all, never mind profitably."