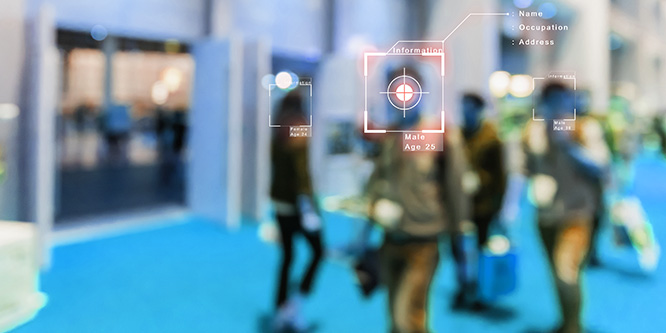 More than 35 civil rights groups have joined forces on a campaign to end the use of facial recognition by retailers amid heightened concerns over privacy and racial justice, calling out retailers that are purportedly using the technology.

Fight for the Future, an advocacy group, created a scorecard detailing the use or non-use of facial recognition across 29 major chains:

Will not use: Eight retailers — Walmart, Kroger, Home Depot, Target, Costco, CVS, Dollar Tree and Verizon — made commitments to Fight for the Future to refrain from the use of facial recognition.

May use: 15 retailers — including Best Buy, Kohl’s, Starbucks, Walgreens and Kohl’s — were rated as potential users because they either failed to respond to requests or implied in public documents they could use facial recognition in the future.

Facial recognition concerns have heightened with the civil rights protests that followed George Floyd’s murder in police custody last year. There have been calls for significant legislation to ban or severely restrict the use of the technology.

Despite these concerns, Vermont and Virginia remain the only states passing outright bans applicable to law enforcement. Many legislators have fretted over losing the technology’s potential benefits to public safety, according to the Security Industry Association (SIA), which is advocating nationwide policies ensuring “responsible use and sensible privacy protections.”

Portland, OR, and Baltimore are the only cities to ban facial recognition’s use by commercial enterprises like stores, hotels and restaurants.

The technology is becoming more common for entry to stadiums, amusement parks and cruise ships. At retail, facial recognition supports mobile pay and self-checkout and still holds the potential to bring enhanced personalization to stores.

“Using a mindful AI approach, a powerful tool like facial recognition can yield tremendous benefits for the consumer — as well as the retailer,” Ahmer Inam, chief AI officer at Pactera EDGE, told ZDnet. “But values such as privacy, transparency, and ethical-use have to be top-of-mind during the build.”

Please practice The RetailWire Golden Rule when submitting your comments.
Braintrust
"Put this one back in the tech closet."

"The risk of being cancelled because of perceived racism far outweighs the benefit of catching a shoplifter or two."

16 Comments on "Can facial recognition outlast its bad press?"

Retailers do not necessarily have to refrain from future use of this technology. The technology will improve, fewer embarrassing situations will arise and the universe is likely to go back to being in balance once again. For those who would shy away from using facial recognition, there is fingerprint recognition and there is also NFC with a smartphone. Albeit not dissimilar from facial recognition, fingerprint recognition is probably more accurate and, thus, less likely to cause cases of mistaken identity. It is also more likely to pass on germs. The ethical use of the images is top of mind for consumers, retailers and hackers.

It is up to retailers whether or not they use facial recognition technology. However if they are using it then they should be clear with customers on its scope and purpose. That way people remain informed and can, if they wish, make choices about which retailers they use.

@Neil — Yes! Full transparency is the right path. Companies like Lolli & Pops rolled out facial recognition tech successfully by making it an opt-in process for loyalty members. Walking in the store, those in the program receive a higher level of customer experience. There are ways to make such powerful tech work.

Despite all the negatives on this thread citing privacy, remember when we required ID or signatures just to use a credit card? This is an evolving trend and will eventually have its adopters one way or another. See here.

Facial recognition is a very slippery slope. My primary question is, why use it? Why do some retailers feel that they need to capture facial images or any other biometrics from shoppers? Saying that it’s needed to deliver a great shopping experience is nonsense, so what’s the motivation? Just because we’re living in an era where enormous amounts of data can easily be collected doesn’t mean that retailers should unless there is a good reason for doing so — and that reason should be disclosed to shoppers. Privacy will continue to be a hot button issue and retailers should be very careful in what data is collected and how it is used.

Technology in search of a problem to solve. There is no consumer benefit to the technology and I’m betting that the retailer’s benefit doesn’t outweigh the costs. Put this one back in the tech closet.

It’s interesting to me that so many consumers decry the use of facial recognition at kiosks or in stores, however the majority of iPhone users have no trouble using Face ID to unlock their phones, myself included. ATMs, driver’s licenses, passport entry and more have been using it for years without complaint. For anyone who is on social media at all, just watch all the images of yourself pop up when you Google your own name. I think that ship has sailed whether we like it or not. What I am more concerned about is the potential for nefarious uses for AI and deepfakes, which is where I believe we need to focus our legislation and protections. Stores should be transparent about how and where they use it, and be clear on how customers benefit and are protected.

The question is this: Would a retailer be willing to put a facial recognition reader at its front door with a big “We know who you are!” sign next to it? Probably not. So far, every time a retailer is “caught” using the technology, they gain a PR problem and then remove the system.

When every retailer’s goal is to know every customer’s wants, needs, intentions, and purchase history as much as possible, facial recognition seems to cross a privacy line for most shoppers. We recommend putting any potential investment in this type of initiative into other ways to achieve those goals: better customer service and engagement, improved inventory management, and more tightly integrated sales and delivery channels.

The use of video technology for loss prevention is a given. Thieves need to be prosecuted and capturing the image of someone who is stealing either triggered by RFID, EAS or video dwell times is and will be leveraged and for good reason.

I tend to lean heavily into exploring how advanced technology can help to make the world (in this case, the shopping experience) better. I also have a.) a strong belief that these kinds of technological advances are inevitable and b.) faith that measures to protect people from the misuse of technology will evolve alongside them. When I walk into any of a dozen retailers in my Boston neighborhood, I am greeted with a friendly welcome and often by name. I am super pleased when I can simply nod to “the usual?” If a human can do that for me, why wouldn’t I want a machine to be able to do the same thing (or help the humans to do a better job)? The commitment that retailers should make, and open themselves to audit of, is to absolutely protect the data and privacy of the faces they recognize, and to enable people to opt out of having any information about themselves used in any way beyond the immediate transaction. If they can make that commitment, I’m… Read more »
1
|
0
-   Share

Ask 10 customers whether they want facial recognition as they shop and those 10 customers will say absolutely not, unless the retailer can accurately enunciate the value of that intrusion. I, for one, don’t want to shop at Big Brother.

Ethical use and intention controls need to be put into place for retailers. Facial recognition is too good of a technology for a few abusive retailers to destroy its deployment. All products can be misused and abused and facial recognition is no exception. Put in place reasonable guidelines and embrace this technology in a safe and well-informed manner.

Living in Detroit where the police department makes extensive use of facial recognition — followed in a growing number of cases by lawsuits by “misidentified” individuals falsely arrested and/or charged with a crime because of the inability of the technology to accurately identify African-American faces — I’d say retailers should walk very carefully around this technology. The risk of being cancelled because of perceived racism far outweighs the benefit of catching a shoplifter or two.

As with any customer facing tech (no pun intended) there are pluses and minuses for both the retailer and the customer. In this case I believe the negatives for the consumer far out weight the pluses. That being said if a consumer knowingly agrees to allow the retailer to use facial recognition that is their choice, but I don’t believe any retailer should assume that all customers are willing to participate.

Facial recognition has been used for years. As long as retail theft is increasing and as long as marketers want to continue to evolve, this technology will be used. There are simply too many uses for this technology for retailers not to use it. For better or for worse.

Also using technologies like this help address staff shortages for a variety of reasons. And those staff shortages are not going anywhere in the US market anytime soon, so this is just another form of technology being used to counter the staffing shortages/high labor costs/consumer demand for the lowest possible price.

So my favorite restaurant can’t greet me when I show up? What, that’s not what they mean…. What they do mean — even who “they” are — will long be confusing given the newness of the technology(ies) and the vagueness of the concerns.

Most of what we’ve discussed here on RW might be termed marketing-related uses: keeping track of who shops where; it’s probably hard to restrict this — given that it largely remains private — and many will question why we should, as it’s a kind of glorified data aggregation. Once it crosses the line into more personalized results — banning, or (even worse) arresting people — I would say it’s gone too far. We’ll increasingly see pushback, either proactive (banning its use in such situations) or reactive (retailers getting the #&*$ sued out of them).

Braintrust
"Put this one back in the tech closet."

"The risk of being cancelled because of perceived racism far outweighs the benefit of catching a shoplifter or two."