Can brands hit a hole-in-one with urban golf apparel? 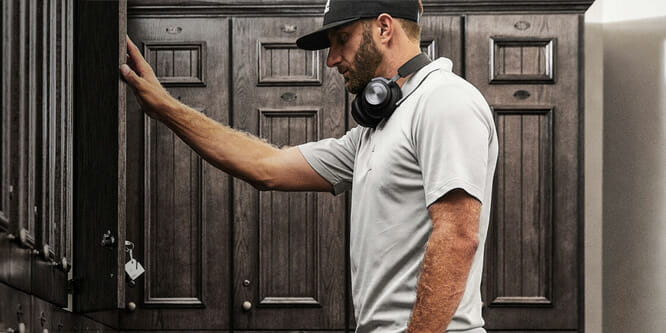 When we think of urban athleisure wear, we might think of yoga, pilates or running. Golf doesn’t usually come to mind. But one of the biggest names in athletic apparel is launching a line of clothing aimed at the urban golfer.

On December 1, Adidas launched a line of “urban-inspired” clothing meant for golf enthusiasts to wear on and off of the green, Golf Digest reported. The line, called adicross, features Anoraks, Henley shirts, pique polo shirts, t-shirts and other athleisure takes on golfing fashions. Adidas will also be releasing a complementary line of footwear in January, created to be green-friendly.

While big sportswear companies have long had a place on the golf course, the sport is not often thought of as having the same fashion or lifestyle appeal as basketball or yoga. But the branded adicross line aims to bridge the gap.

Athletic brands’ relationship with golf has changed in recent years. Nike stopped producing golfing equipment entirely last year, according to Yahoo Finance. And Adidas earlier did likewise, selling off its golf equipment imprint, TaylorMade. But both companies continue to produce clothing and footwear aimed at golfers.

Nike also appears to be taking steps to appeal to hip, urban golfers. The company released a limited edition Air Jordan 1 golf shoe earlier this year, and is following it up with another run in December, according to Golf Digest.

Brands may be looking for new markets to move into in light of what The Motley Fool reports as a potential downturn in athleisure sales. Some analysts believe sinking year-over-year sneaker sales and increased denim sales point to the trend’s end.

Adidas has made other moves this year to expand the appeal of its brand. In August, for instance, the company announced a partnership with a Japanese artisanal shoe manufacturer that had begun selling handmade, tanned-leather shoes based on Adidas designs.

The company has been pioneering new technology, as well. In 2017 Adidas began opening its SpeedFactory production facilities in the U.S. The facilities are staffed mostly by robots and are able to churn out shoes and quickly shift production to meet changing customer demands.

DISCUSSION QUESTIONS: Could Adidas’s adicross line help push golf apparel beyond a niche to become an athleisure lifestyle segment like basketball and yoga? Should athletics brands look for non-traditional spaces to expand into, and what would determine the chances of success in a given area?

"We are in a world today surrounded by tiny pieces of the pie all competing for an even smaller portion."

9 Comments on "Can brands hit a hole-in-one with urban golf apparel?"

We are in a world today surrounded by tiny pieces of the pie all competing for an even smaller portion. There are many golf enthusiasts and presenting apparel for the urban golfer is yet another niche that may or may not catch on. How powerful the marketing will be, how exciting the products are and how attractive the price points will be are all part of determining what could make this successful. However, it will come down to whether the public responds favorably. So only time will tell if this will be the next big thing in athleisure lifestyle apparel.

Pushing a new clothing line from a declining sport (golf) to create a lifestyle segment comparable to surging sports like basketball doesn’t appear to be a successful foray for Adidas. Instead, this seems to be a futile effort to brand a line and segment it in a different way, hoping that it will gain enough traction to compete in the apparel marketplace. Add to this the intense branding that is already evident in this segment from well-established designer and sports (Nike) brands, and adicross will not be able to push their brand into a full mainstream segment, since it doesn’t have the demand numbers like basketball, or even smaller segments like yoga.

Hmm, before athleisure wear weren’t golf shirts and khaki pants the norm? I’m not sure this is a new take but what I do know is that consumers like the idea of comfortable, easy clothes. I don’t think the consumer really looks at athleisure wear as being yoga, running or basketball. Just trendy. So, as long as Adidas gives the consumer what they want, they certainly have a shot. For my 2 cents.

From the website, these look like fairly generic products. Sure, there are technologies like sweat-wicking and fabrics designed to aid fit, but these are hardly unique in the athleisure segment — indeed, Lululemon mastered this a long time ago.

As such, I guess success depends on persuading a niche group of golfing consumers (who probably don’t shop athleisure all that heavily at present) to buy into this aesthetic. The jury is out on that, but I’m on the skeptical side.

Honestly, to me this is more about making relevant attire that people want rather than expanding golf to another audience. It isn’t like those that bought yoga pants are suddenly doing yoga; they like the comfort of them and Lululemon got them there. If Adidas makes relevant clothing that golfers wear, well, people may buy it but people didn’t buy yoga pants because they liked yoga, most never did yoga before (or after).

I don’t get golf.

It’s so weird to me.

The current fashion trend is about combining comfort with style. That is further supporting athleisure sales. The golf apparel line from Adidas will do well if it provides fashionable style beyond the sport. For example, Adidas’s retro Stan Smith tennis shoes have made a major comeback because of the fashion, customization and comfort they bring. It’s not because we are all playing more tennis.

To be successful, the athletic brands need to design athleisure lines that are fashionably casual and make the brand represent the customer wearing them.

I’m not sure how much sense this question makes. Golf attire, other than the shoes, of course, has traditionally been a shirt (in recent years a pullover or “polo”), and pants that aren’t really distinguishable from everyday clothing, so my response would be “it already is.”

Not being a golfer, this certainly isn’t targeted to me as a consumer. That said, it does seem like an attempt to associate modern golf attire with the athleisure trend in the hopes of improving sales for that product line. I suppose I’ve not met an urban golfer yet to know it, Adidas will be able to appeal to them with these products. Time will tell, but it looks like an uphill battle compared to other athleisure product lines.

"We are in a world today surrounded by tiny pieces of the pie all competing for an even smaller portion."