Can airport retailers weather the turbulence? 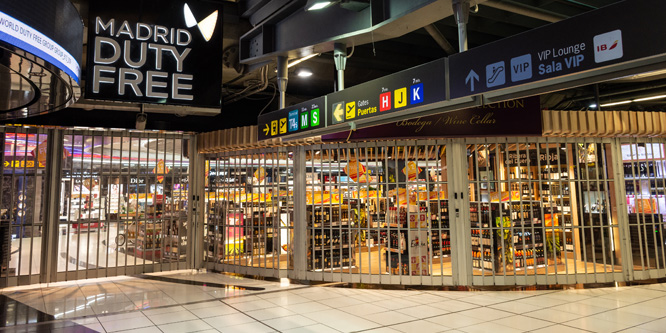 With travel at historical lows due to the novel coronavirus pandemic, airport retailers that were thriving just a few months ago are now having trouble getting people in the door. An airport in Australia has launched an e-commerce website to try to help its vendors weather the turbulence.

Brisbane Airport launched the BNE Marketplace online store and got the site up and running in only 16 days, according to Airport Technology. While the marketplace currently features 3,000 products from just two of the airport’s major retail partners, the opportunity is open to all retailers in the airport.  Martin Ryan, executive general manager for the consumers division at Brisbane Airport Corporation, touts good deals and fast shipping as potential draws to the website, while acknowledging it might not be the first place customers check for products to buy.

Airports had developed into a hotspot for retail innovation in the years prior to the novel coronavirus pandemic. This was especially true internationally, where the last few decades have seen airports featuring an increasing number of themed experiential retailers, luxury retailers and upscale dining locations in the terminals. By 2017, the space was expected to experience high single-digit growth rates for the then-foreseeable future.

There have been other attempts at innovation in airport retail since the start of the pandemic to try to meet the new needs of travelers. For instance, North American airport fixture Hudson announced in June that it planned to roll out automated PPE vending machines in the pre-security areas of airports.

While 2020 had been projected to set a record with 4.72 billion passengers over last year’s 4.54 billion, according to Airport Technology, the pandemic brought the travel and related industries to a grinding halt.

In the U.S., when air travel was at its lowest in the second week of April, only 670,000 people went through airport checkpoints, according to CNN. In comparison, TSA numbers indicate that more than 16,500,000 travelers went through checkpoints that same week in 2019.

U.S. numbers had begun to show a rebound, increasing steadily to 4.7 million passengers in mid-July, but have again begun to sink with new COVID-19 outbreaks in the U.S.

DISCUSSION QUESTIONS: What fallout do you expect of COVID-19 for airport retail in the short and long term, and what can retailers do to mitigate the losses they face? Do you see a place for sites like the BNE Marketplace after the pandemic ends?

Please practice The RetailWire Golden Rule when submitting your comments.
Braintrust
"The BNE Marketplace is a good idea because we have to move forward, but it will only work for some retailers; travelers have no reason to visit most airport shops online."

14 Comments on "Can airport retailers weather the turbulence?"

For those operators whose only retail business is in airports this pandemic may be fatal, but not necessarily. Their cash reserves prior to COVID-19 and ability to cut expenses during the pandemic will determine the outcome. Other airport retailers also operate stores outside airports and they may be able to mitigate the poor overall performance in airports with compensatory better performance across the rest of their chain. Each case stands on its own. It is not a good time to be an airport retailer, or an airport concessions manager.

The pandemic’s impact on retail is easy to see domestically, but even more dramatic in the travel sector. Efforts to mitigate the downturn are welcome but likely will not be successful.

I last flew on March 10th, the day before everything blew up — from the NBA to Tom Hanks. Airport traffic was surprisingly robust even though people were well aware that COVID-19 was starting to spread. As everyone knows, air travel has plunged since then, and it’s hard to see how many retailers will survive for the length of time required to return to some version of “normal.”

More than any other kind of brick-and-mortar retail, airport shopping is entirely dependent on foot traffic — with the exception of brands with other locations or websites, not tied exclusively to travelers. (For example, we’ve all seen InMotion electronics stores in airports, but their online shop is “under construction” months after it should have been operating.) When survival is at stake, retailers need to react with the utmost sense of urgency.

Airport retail is in severe distress. Traveller numbers are down significantly and nowhere more so than in international travel – which is where the bulk of duty free and luxury purchases are made. Honestly, there is little that can be done to mitigate this in the short term. However, one thing that U.S. airports can do as traffic comes back is to improve the retail offer. Far too many airports, especially those that serve large cities like New York, have abysmal retail offers. My local airport, Phoenix Sky Harbor, has undertaken a lot of work to improve the environment for passengers and retailers. They were seeing strong results from it before the pandemic hit, and I am sure they will see growth resume once things start to normalize.

Airport store websites can’t compete with the vast and complete product selection of merchandise of the professional retailers who have and do occupy much of the consumer’s mind. This is a horrible time for those wonderful airport retailers. Once in a fairly exclusive environment, now in the lion’s cage. It is going to be tough to outrun the internet lions.

Is the BNE Marketplace a life preserver thrown to a drowning person? I don’t see it working at all. What can you buy on an airport retailer marketplace that you can’t buy online anywhere in the world? Airport retail is not really made for shopping, it is made for spontaneous purchases and “oh, I need that” travel needs.

I don’t see that there is much they can do other than hold on by their fingernails until travel returns. Fortunately few of these retailers are mom-and-pop operations and most have resources behind them to weather the storm.

Retailers who also have stores outside of airports have a stronger likelihood of surviving loss of customers due to the pandemic; those that only have locations inside airports will not fare as well.

Midway Airport in Chicago recently underwent a beautiful expansion to include new shopping and restaurants. Before the pandemic I was at Midway almost weekly and I always frequented airport stores. The BNE Marketplace is a good idea because we have to move forward, but it will only work for some retailers; travelers have no reason to visit most airport shops online.

We survived a long stretch of non-travel after September 11 and I am optimistic that we will come back from this, too. Unfortunately it may be a while.

The pandemic has uncovered the unsustainable reality of the airport retail fee structure, with onerous concession fees in the form of minimum annual rent guarantees (MAGs) that can be as high as 40 percent+ of sales for the duty free retailers and 20 percent+ for others, on top of significant capital outlays required to build out airport-compliant stores. This on top of higher payroll and other operating costs than mall and Main Street retailers due to longer operating hours and other airport-specific operating requirements. All of this worked for retailers, in general, due to usually higher margins and the highly productive retail environment with thousands of passengers and potential customers walking by their shops every day. While working in this exciting industry for 15 years, I often commented that airport traffic makes it feel like the Saturday before Christmas every day! Unfortunately, with passenger traffic now down to a trickle, and those who are traveling less likely to be in the mood to shop, sales can’t possibly cover the MAG and likely not even payroll… Read more »
1
|
0
-   Share

It seems to be that for any retailer to survive they need to have something unique that keeps the shopping activity up. That could be price, location, unique product, or exceptional service. Perhaps if the airport cuts their significant fees for the retailers they could compete on price, with an eclectic mix of product – but I can´t see that happening.

Historically, they survived based on location and to a lesser degree on convenience for the traveler who had time to kill, but if nobody is in the airport, those two factors are lost.

What could change that mix is if the airport´s loyalty program is involved with a broad mix of partners and very attractive redemption options (i.e., getting content at low wholesale cost). Then the total package could persuade some frequent travelers to allocate their money to such a service.

If you want to keep playing, you first need to survive. Airport retailers and restaurants operators need to do the same things that other brick-and-mortar operators have done but even more drastically

Not a pretty picture. Just reality.

Based on the brief description, it sounds like the Marketplace idea is to turn “airport vendors” into something else (“online vendors”). While this idea makes sense, the usual remedies (delivery, curbside pickup) sadly have little application for airports. I don’t know how viable it is: the potential participants will go from having a small but safe monopoly to competing with everyone else … and with no clear competitive advantage(s). I wish them well, but it’s a clear case of doing something not because it works, but because it’s all you can do.

First, you have to applaud Brisbane Airport for trying. This pandemic has turned the world upside down and ecommerce has been the great stabilizer for many. In that light, the BNE Marketplace is a good effort. However, it does face some headwinds against pandemic relevance as consumers and travelers prioritize staying safe above everything else. What is driving ecommerce today is the ability to get essential goods safely. Whether or not experiential, luxury retail and upscale dining offered by most airport retailers are essential during a pandemic may be a question for the luxury, affluent traveler vs the masses. There will be some short-term impact, with or without the BNE Marketplace but the marketplace may help lessen the blow. While in-store shopping may not be a priority or an inspired momentary indulgence as travelers move through airports, there are still ways airport vendors can stay top of mind. The PPE vending machine is one smart way to deliver on relevant goods right now. There’s no harm in adding a few more indulgent items to these… Read more »
1
|
0
-   Share

Airport retailers will need tremendous assistance from their local airport (rent) in order to survive through the end of 2020. How this model will look in 2021, including online fulfillment, only the future can determine. Change, however, is required to avoid closing their doors for any airport retailer.

Braintrust
"The BNE Marketplace is a good idea because we have to move forward, but it will only work for some retailers; travelers have no reason to visit most airport shops online."