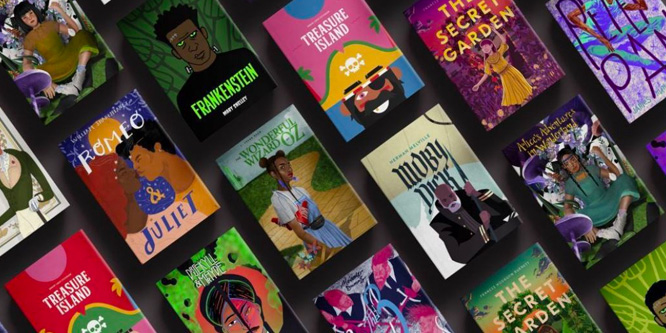 No doubt, Barnes & Noble thought it was making a good business move when it came up with the idea for its Diverse Editions project in its flagship store on Fifth Avenue in New York City. The idea was to present a limited-edition line of classic novels featuring characters of color on the covers. The flaw in the project, which was intended to celebrate Black History Month, became clear when it was discovered that the novels getting the redesigned covers were primarily written by white authors and featured characters of the same skin color.

Alexandre Dumas, who wrote The Count of Monte Cristo and The Three Musketeers, was the only black author on the list. Mr. Dumas’ father, who was born in what is present day Haiti, had a French nobleman as a father and a slave as his mother.

The pushback on Diverse Editions was swift. Rod Faulkner, an African American writer posted an essay on Medium, calling the project “literary blackface.”

Barnes & Noble’s Twitter page included responses from puzzled consumers of different races wondering what the retailer was thinking, in particular when it came to novels that feature overt racism themes such as The Secret Garden.

The bookseller issued a statement in response to its critics after cancelling its Diverse Editions event in Manhattan.

“We acknowledge the voices who have expressed concerns about the Diverse Editions project at our Barnes & Noble Fifth Avenue store and have decided to suspend the initiative … The covers are not a substitute for black voices or writers of color, whose work and voices deserve to be heard. The booksellers who championed this initiative did so convinced it would help drive engagement with these classic titles. It was a project inspired by our work with schools and was created in part to raise awareness and discussion during Black History Month, in which Barnes & Noble stores nationally will continue to highlight a wide selection of books to celebrate black history and great literature from writers of color.”

DISCUSSION QUESTIONS: How well do you think Barnes & Noble responded to the controversy surrounding its Diverse Editions initiative in New York? How could the negative reactions have been avoided in the first place?

Please practice The RetailWire Golden Rule when submitting your comments.
Braintrust
"I am stunned that no one at Barnes & Noble or Penguin Random House thought this was a bad idea and shut it down."

"I’d be interested in knowing how many African-American literary scholars and writers were involved in the decision making process."

"While Barnes & Noble could be viewed as insensitive, they should also be seen as pushing the envelope in the difficult conversation that is inclusion."

9 Comments on "Did Barnes & Noble engage in ‘literary blackface’?"

How did they not realize this would be a problem? The whole point of so many social justice movements is “look below the surface at me, a real person.” And Barnes & Noble reacts cosmetically. Maybe they should have done some research with the diverse community first?

Well, we can add Barnes & Noble to the list of retailers who have done incredibly insensitive things.

The only way for Barnes & Noble to celebrate Black History Month is to honor African American authors. I am stunned that no one at Barnes & Noble or Penguin Random House thought this was a bad idea and shut it down. Maybe it’s time for corporations to add the position “Conscience of the Company.”

The right thing to do was so easy — celebrate black authors. By ignoring that simple solution and choosing blackwashing instead, they showed not insensitivity but a lack of understanding of communicating with customers.

Re-imagining classic novels and updating them to be more reflective of today’s society is a cool idea. Giving African-American kids a way of directly seeing themselves in literature that’s frequently required reading is a good intention.

The problem is with the authenticity in execution and the positioning. While Barnes & Noble could be viewed as insensitive, they should also be seen as pushing the envelope in the difficult conversation that is inclusion. I’m optimistic they’ll do better next time and I hope the backlash doesn’t prevent them from trying again.

When you’re a book store and you want to celebrate Black History Month, the obvious solution is to celebrate black authors. Why was this a difficult decision for Barnes & Noble or Penguin Random House? It would seem someone thought they were being clever and creative when in fact they were just being insensitive and inappropriate. How no one could see this as a problem is mindboggling. They ended up showing a complete lack of understanding not only of Black History Month, but also of how they are speaking to their customers. A complete communication breakdown both internally and eternally.

My response would be duh. Did no one bother to check to see that what they said they were doing and what they actually did weren’t the same? As with many things, the concept was great but the execution was poor. For Barnes & Noble to judge a book by its cover was inexcusable.

This was a classic example of the road to retail Hell being paved with good — if illogical — intentions. What were they thinking?

Penguin could have put out special editions of Black authors who never saw print, saw only limited success, or have gone out of print. Instead, they defaulted to a perverse version of “political correctness” that showcased B&N’s total racial cluelessness.

How could the mistake have been avoided? I’d be interested in knowing how many African-American literary scholars and writers were involved in the decision making process. To practice literary tokenism by putting “blackface” on Captain Ahab or Starbuck, or rewrite Moby Dick so the title character is, “a great Black whale,” is an insult to generations of African-American authors that have yet to receive the recognition they so richly deserve.

One of the other discussions asked if retailers should brag about doing good, this one reminds us you actually have to DO good, first. The Instant Poll question misses the point: no amount of response is ever going to overcome what was a remarkably stupid idea in the first place. This was a planning problem, not a response problem. Some might argue the concept was “well-intentioned.” Whatever. Someone, whose race I don’t know (and it doesn’t matter anyway) has already authored an answer to that: “The road to Hell…”

The root of the problem is evident when you read the response of Barnes & Noble: “The booksellers who championed this initiative did so convinced it would help drive engagement with these classic titles.”

Braintrust
"I am stunned that no one at Barnes & Noble or Penguin Random House thought this was a bad idea and shut it down."

"I’d be interested in knowing how many African-American literary scholars and writers were involved in the decision making process."

"While Barnes & Noble could be viewed as insensitive, they should also be seen as pushing the envelope in the difficult conversation that is inclusion."