Are two PacSun CEOs better than one? 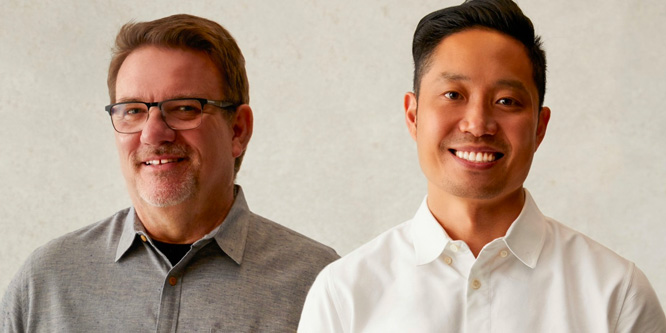 The changes come after PSEB, the owner of PacSun and Eddie Bauer, agreed to sell Eddie Bauer to Authentic Brands Group and Simon Property Group.

Mr. Chang, who first joined PacSun in 2006 as a buyer, has been president since 2018. Mr. Relich joined PSEB as COO in November 2019, and was appointed to the Interim CEO role in August 2020, after serving in various COO roles for Lucky Brand, Crate and Barrel, and Guess?.

Mr. Relich said in a statement, “It has been a pleasure working closely with Alfred over the last couple of years and I know from experience that our skills and leadership styles complement each other perfectly.”

Some believe having two CEOs with unique skill sets, however, can be beneficial in tackling the increasingly expansive CEO role. Going with a co-CEO structure can also give the company the ability to prevent talent from exiting over missing a CEO promotion and in some cases ease succession tensions among family-owned businesses.

Whole Foods, Nordstrom and Chipotle have each had dual leaders in the past but are now all down to one. Warby Parker, Harry’s and Allbirds are among direct-to-consumer brands finding success with two CEOs.

In a Quora discussion, Warby Parker’s Neil Blumenthal said the goal in establishing co-CEO roles with co-founder, Dave Gilboa, was to “create parity between ourselves — internally and externally — so that we’d both be perceived as leaders of the company.”

Certain executives report to Mr. Blumenthal and others to Mr. Gilboa to streamline communication and overcome decision-making challenges. The benefits include sharing public speaking duties. Mr. Blumenthal wrote, “The shared leadership model is one that works well for us, and is one that can work well for many other companies. But like all relationships, it requires effort, trust and constant communication.”

DISCUSSION QUESTIONS: Are you a fan of co-CEO management structures? What conditions should be met or safeguards put in place to assure success for such power sharing?

Please practice The RetailWire Golden Rule when submitting your comments.
Braintrust
"This sounds like a compromise; a transitional arrangement. Co-CEO's isn't the story. It's the first paragraph in an unfolding story."

"I don’t believe in co-CEO’s and most often it fails. There can only be one point on the spear for it to be effective."

21 Comments on "Are two PacSun CEOs better than one?"

In this case, two heads are not always better than one. I’m not a fan of co-CEO’s because of the potential for mixed messages or misalignments on vision. Of course there are examples of companies that have successfully operated with two CEOs, but this is the minority and I believe there are good reasons for why that is.

Co-CEO structure has all the obvious pitfalls. It is hard to imagine an organization deliberately seeking to create a Co-CEO structure. Rather, the circumstances of the specific situations of succession and M&A scenarios is what leads to Co-CEOs. If that is inevitable, then mutual trust and clear lines of accountability are a must.

These gentlemen bring different skills and strengths, not to mention decades of experience in retail. This company is in very good hands.

Not a fan. One CEO with few, but talented direct reports works for me. If the business wants to split responsibilities, do it at the EVP level.

I agree, split responsibilities build silos that should not exist at that level.

If Alfred and Mike can get along, it is better for PacSun than finding that unicorn that somehow combines a creative merchant with one of the best retail specialty operators in the business. I am in the camp that thinks that this is a great move.

It also suggests the company is thinking tactics rather than strategy.

While the title says “Co-” the reality is that one always has more power than the other or soon will. While keeping the “Co-” title, ultimately the Board will prefer the decisions of one rather than the other

Many will say, if we have two, we will have complementary talents. The CEO job is not one of talents, it is one of strategy and direction. It is looking at the company five to 10 years out. The CEO is not the best finance person, not the best merchant, not the best creative, not the best marketer. The great CEOs have these people working for and advising them.

L Brands tried this years ago. Notice they’ve stopped. From a personal point of view, it always seemed awkward. What if (when) they disagree? Nothing happens? Seems like the rules you’d have to put in place for such scenarios would be a huge waste of someone’s time, unless that’s the point: more HR work.

Co-CEOs makes sense in the case where one is transitioning into the role and the other out. As a long-term strategy, it sets the stage for disagreement and communication dissonance.

I don’t believe in co-CEO’s and most often it fails. There can only be one point on the spear for it to be effective. One CEO and another C-level role to lead certain functions is a better path.

If you said that a company of the size and complexity of General Electric needed co-CEO’s, I’d be able to nod in agreement. PacSun is not of that size and complexity. So this sounds like a compromise; a transitional arrangement. Co-CEO’s isn’t the story. It’s the first paragraph in an unfolding story.

As someone who has shared the position of CEO with my partner for 31 years I can say it isn’t always a piece of cake, but it works for us because we have a single vision for our company. Both of us bring shared and individual skill sets to the table; we have a strong relationship so we are able to easily let one of us take the lead when necessary.

That being said I don’t think a co-CEO role would work as well in a corporate environment because there are careers involved. One CEO, maybe both, would push to be the dominant leader; the people who work with them will seek a dominant leader as well. When it comes to PR, somebody has to be the face of the company. The media doesn’t like to share quotes so it will always be one co-CEO or the other, rarely both.

Great insight on the media.

It happens all the time.

Co-CEO’s is a message to the company that it is not confident in the full skillset of either leader. I am all for shared leadership in terms of roles and responsibilities but at the end of the day, the buck needs to stop somewhere clear. Employees in the workforce need a clear direction of the company’s strategy which can be muddled with two CEOs. The only time it really works is in the case of co-founders taking on the CEO job jointly like Warby Parker or Allbirds. However as the business really scales in size, it may be better served with one CEO.

“…it requires effort, trust and constant communication.” I give that quote a high five. I honestly believe that one or the other has the extra vote, or confusion starts to enter the company. I’m not saying it doesn’t work, but there has to be major maturity and a sense of sharing success and failure. Sometimes that can get very sticky and radiate through the entire empire. It scares me a bit.

These co-leaders represent two different and complementary dimensions. Mike Relich has forgotten more than most retail execs have ever known and he is an expert tech enabler. Alfred Chang, who I don’t know, sounds like an expert merchant with deep knowledge of the company culture. Seems like a win-win to me.

I don’t think there are any that can “assure” success; On the contrary, I think the idea is bound to fail (what part of “Chief” is unclear?). Oh sure, there are companies like Apple or Microsoft where there are two prominent people, but even there, ’twas no doubt as to who was driving the bus.

Co-CEOs aren’t just limited to retail, one of the largest companies in the world, Oracle, used to have such a structure before the passing of Mark Hurd. Larger organizations may gain more from such relationships, in part because they have more to manage. At higher levels within conglomerates, there are already multiple CEOs and few CEOs have the full scoop on everything going on in their firms. The co-CEO option allows for closeness, easier succession planning, less exec burnout, and the ability to bounce ideas and concepts off each other. In the case of Oracle, Ellison stepped down to have others “run the company” A strong working relationship and supportive board can enable power sharing and enable a productive atmosphere. The distribution of ownership needs to be right to make it work.

While I don’t know very much about Alfred Chang, I do know Mike Relich well enough to say he’s an exceptionally skilled retail leader, especially when it comes to retail technology. Looking at this from the outside, it appears PacSun has chosen two retail leaders with very complementary skill sets to lead the company. I suspect they will be in good hands going forward without much conflict. Is this a long-lasting arrangement? Time will tell if this is transitional or long-term.

Braintrust
"This sounds like a compromise; a transitional arrangement. Co-CEO's isn't the story. It's the first paragraph in an unfolding story."

"I don’t believe in co-CEO’s and most often it fails. There can only be one point on the spear for it to be effective."