Are ethics compatible with AI? 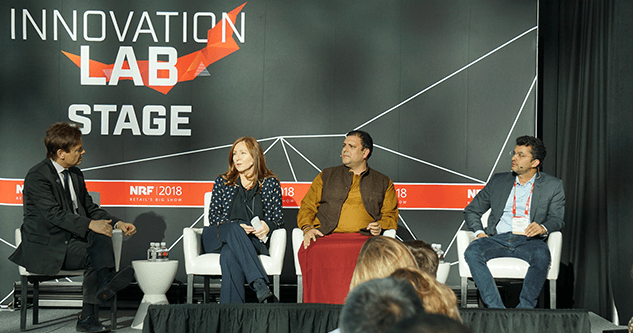 Ethics is a topic seldom addressed at retail industry forums and perhaps less often in discussions about high tech. So it was notable that a panel session was organized at the recent National Retail Federation Show, entitled, “Retailing Ethics in the Age of Artificial Intelligence.”

Artificial Intelligence may be a current buzzword in retail technology, but the topics addressed by the panelists seemed relevant to almost any system that gathers and makes use of customer data.

“Companies seem mostly concerned about compliance aspects,” said Tenzin Priyadarshi, director of the ethics initiative at MIT Media Lab, a panelist. “My work is about ethics as optimization, that is, what does it mean for system to be ethical by design?”

Anindya Ghose, Heinz Reihl chair and professor of business at the NYU Stern School of Business, said he was concerned about avoiding accidental or intentional discrimination – a potential pitfall of personalization. “A.I. is like a tool that can be used to build or destroy,” he said.

Ethical practice requires that the system be fed data that is clean and unbiased in the first place, Mr. Ghose added. “Then it must also be used in the right way, which is much harder.”

“Ethical issues should be a part of the design,” said Francesca Rossi, AI ethics global leader and distinguished research staff member for IBM, another panelist. “Data should be curated to avoid bias, and we need to be transparent about who owns it, how you deal with it, and who is going to communicate with users.”

Mr. Priyadarshi, who is a Buddhist monk, expressed concerns about data privacy misuse, for which he sees “no immediate solution.” Where rules are tightly enforced in some countries, he warned, “Competitiveness will drive people to other countries to get it done.”

The panel touched on how the influence of A.I. empowered marketing systems can be powerful and lead consumers to behaviors that might be harmful such as over-consumption of some products.

Ms. Rossi proposed that the technology could be part of solutions that, “can be used to help consumers behave in a more ethical way.”

While the discussion raised more questions than answers, it touched on a checklist of issues that retailers may well use to guide their decisions when implementing A.I.:

Please practice The RetailWire Golden Rule when submitting your comments.
Braintrust
"We are in exciting times, no question; the advent of thinking machines introduces a new ethical dynamics that retailers will not be able to ignore."

"a more interesting question to me is, “What might the standards of business ethics look like?” Maybe another time."

"The good news is that ethics is higher on everyone’s radar than ever. AI technology can help minimize the wiggle room on ethics."

12 Comments on "Are ethics compatible with AI?"

Retailers need to be thinking about ethical matters if they’re not because we have many different cultures in our society and they need to be respected. That said, I think we are putting too much emphasis on the benefits of what technology can do before it has the proven capability. I see AI progressing with all the kinks ironed out someday in the future but, in the meantime, we need to have the right balance of what technology we invest in, how we use it and we need to make sure that we don’t replace all other methods with one tool that is not yet perfected. Technology needs to be integrated into our businesses carefully and slowly, making sure we don’t cause damage and disruption to our everyday business practices.

Retailers need to be hyper-aware about potential biases, in this era of #MeToo and partisan politics. These issues matter to consumers, particularly Millennials. If data is transparently gathered and ethically used, it can be a valuable tool for reaching consumers and generating sales.

For me, transparency and control are the most important aspects of data sharing. I like to know what is being done with my data and to be able to opt out and change my preferences, should I wish to do so.

In some ways, AI should make personalization smarter and less prone to assumptive bias. In other words, it may target products and campaigns based on behavior and preferences, and not on blunt attributes like gender, race, age, etc.

The delicate balance between personalization and placing an emphasis on ethical matters is one of the main challenges for the modern multi-channel retailer. Those retailers who succeed at balancing this are ones who are open, transparent and enable the consumer to control the privacy and data mechanisms.

In the not-so-distant past, we only had to concern ourselves with potentially having our credit card information stolen. These days, digital native consumers have high expectations of a frictionless, personalized experience. With the onset of the IoT revolution, AI, augmented reality and other innovations, it only becomes more complex. However, with that value proposition, there has to be a trusted relationship between the consumer and retailers, which naturally involves ethical considerations.

Consumers will willingly share their data in return for personalization and a superior online and in-store experience, yet they expect a safe environment where they control how much data they share.

AI, including robotics, raises a number of ethical considerations from issues mentioned in the article surrounding data bias, to the impact AI and robotics will have on a workforce. To help with the former, I would recommend keeping a human in the loop. In most cases, you will not know how an AI landed on any given prediction; what you know is the elements of the data the system was fed. If you have attributes that could lead to bias (e.g. zip code, education level, etc.), you may want to consider ensuring a human is in the loop to provide judgement, and thus training; and initially maintain a conservative stance with respect to what prediction confidence level will lead to immediate action, no action or go in to a review state. Robotics pose similar decisioning concerns; retailers should also consider what the introduction of robotics mean to their workforce. There is an ideal of collective intelligence, that is the pairing of robots and humans where each does particular tasks they are more adept and efficient… Read more »
2
|
0
-   Share

First, a caveat. I am an academically trained philosopher who spent part of my wide-eyed youth sitting in classes with titles such as, “Meta-ethical Analysis.” So forgive me if I find these questions difficult to answer. It’s just that addressing them requires answering a lot of prior questions first. The root word of ethics is ethos, roughly translated as the characteristic spirit of a culture — not some objective truth. Ethics then is — from a historical or philosophical point of view — the study of the consistent application of the moral principles of a group, not — as it seems this conversation suggested — the search for an absolute and/or objective “good” or a “morally correct” principle. And that is where the danger lies. It’s fine, for example, to argue that data needs to be pure and unbiased, but that ignores the fact that a great deal of biased thinking goes into defining what “pure and unbiased” looks like. The act of creating filters and/or developing algorithms requires dozens, perhaps hundreds, of small ethical… Read more »
7
|
0
-   Share

How about riffing off of the long history of Medical Ethics and the guidelines to insure compliance in R&D in drugs and medical device investigations. If it evolves the same way, retailers will have a chief compliance officer and the NRF will draft the principles and offer training and certification. Of course well need someone who understands ethics, retail and technology and I know this guy Ryan….

Thanks for the vote — I’d love to take it on.

Ditto with “harm.” Would that stop say supermarket operators from selling foods with what they decided were excessive levels of sugar, fat and salt? Or department stores from selling clothing that may have been produced by child labor?

Well, you see how quickly it becomes a knotty problem.

That said, I agree it is worth the effort and if NRF, or anyone else wanted to explore it, I’d be happy to help.

Technology creates another area of for retailers to consider with regards to ethics. This is not a new facet to consider. For retailers and all businesses ethics and profit should be considered as bedfellows, to be managed as one.

There has been many a retailer who has been caught out chasing the dollar. For example, using ultra-low cost production method in some far-off location to make products they sell which ends up being front page news, because of workers living in poverty while the executives’ remuneration skyrockets. The argument is always the same — its ethics of the profit which is wrong, not the technology used.

Retailers and CPG brands are in a race to apply artificial intelligence (AI) principles to the data they have to improve customer engagement and decision-making. In such a competitive races with outsized potential advantages, we tend to be less focused on identifying the unintended consequences of our actions.

However, there’s no doubt that both technology partners and industry players are aware of the ethics issues with AI and are making design and process decisions with that in mind. The organizational challenge is identifying where this responsibility resides.

Beyond the obvious and important pitfalls identified in this article, as AI becomes more intelligent and involved in cognitive tasks with social implications we need to ensure we have the ability to inspect decision outputs in order to identify unintended biases or inadvertent abuses and manipulations.

Over time, integrating ethical standards and AI will not only become inherent in the competitive landscape of any consumer facing industry, it will rise to the top of the list. Expect more hiring of data scientists, humanities and philosophy graduates.

The good news is that ethics is higher on everyone’s radar than ever. AI technology can help minimize the wiggle room on ethics. As with machine learning, it will get “smarter” as more data is ingested. I think this will help reduce anxiety on ethical issues and retailers can feel confident that the design of AI solutions typically demands a more consistent approach to ethical challenges than more legacy technologies of the past. If anything, I see more advanced AI as a true competitive advantage.

I had the pleasure of attending this talk at NRF! Being ethical is necessary in any industry and can 100% be maintained while being competitive. Technology can be used in ethical ways to enhance the retail industry, but people should be wary of it.

Braintrust
"We are in exciting times, no question; the advent of thinking machines introduces a new ethical dynamics that retailers will not be able to ignore."

"a more interesting question to me is, “What might the standards of business ethics look like?” Maybe another time."

"The good news is that ethics is higher on everyone’s radar than ever. AI technology can help minimize the wiggle room on ethics."