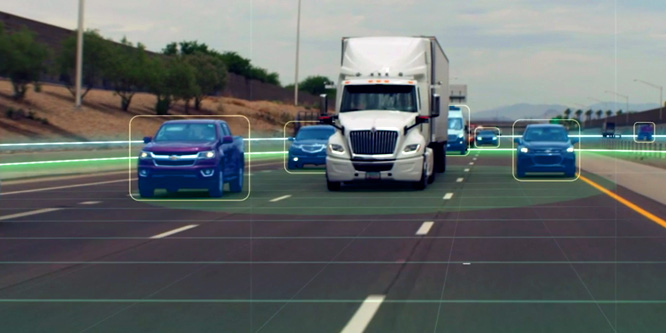 TuSimple, an automated trucking technology company, announced the launch of what it is calling the world’s first Autonomous Freight Network (AFN), which will enable fleets of driverless trucks using digitally mapped routes to load and unload full truckloads of products at terminals strategically placed throughout the country.

UPS, McLane, Penske Truck Leasing and U.S. Xpress have all signed up to be part of the network, which will roll out in three phases.

By next year, the network will offer service between cities including Dallas, El Paso, Houston, Phoenix, San Antonio and Tucson. TuSimple currently operates seven different autonomous trucking routes between Phoenix, Tucson, El Paso and Dallas. Each truck has a human operator on board in case they are needed to take over for some reason. The company plans to open a new shipping terminal in Dallas during the fall.

The second phase, expected to be in place sometime in 2022 or 2023, will connect the two coasts with a link between Los Angeles and Jacksonville.

By 2024, AFN expects to have routes running throughout the lower 48 states, with customers using their own driverless truck fleets. Penske, which operates 750 service facilities around the country, will provide maintenance and service to the L4-class trucks to keep them on the road and running both day and night.

Until now, scaling autonomous trucking fleets and the infrastructure to support them has been difficult. While it remains to be seen, it appears that AFN has at the very least begun to address that issue.

The need to effectively and efficiently move freight across the country is paramount to the success of retailers and brands alike.  A national shortage of truckers has increased the urgency for autonomous technology to move the nation’s goods. The “2020 Supply Chain & Logistics Tech Trends To Watch” report by CB Insights cites a National Retail Federation estimate that 1.1 million new drivers will be needed over the next decade to offset the shortfall behind the wheel.

The same report points to fuel consumption as a touted benefit of autonomous truck fleets. TuSimple, for example, estimates that the AFN network will result in a 10 percent decrease in the fuel needed to move goods.

DISCUSSION QUESTIONS: How important will automated trucking technology be to the future success of retailing? Do you think that issues around safety and scaling the technology have been solved?

Please practice The RetailWire Golden Rule when submitting your comments.
Braintrust
"Issues around safety and scaling have not been solved. Fundamentally, vision systems are not able to 'comprehend' what they see — so they only work in a narrow range."

"TuSimple will have to prove its far-reaching claims. If not them, others will eventually prove the model."

This is very exciting. It feels momentous. It means improvements in safety, fuel economy, faster freight and less driver fatigue. What’s not to like?

I don’t see FedEx, Amazon or Tesla as part of the network. I hope they don’t come up with rival standards that would make interoperability a mess.

Automated delivery and trucking will come. It is just a matter of time before the safety and technical issues are fully ironed out. This will be a major breakthrough in supply chains and will reshape the economics of fulfillment for retailers – something that has been a weak point in the growth of online.

The limitations of automated trucking are difficult to fully comprehend. We need to remember what this must mean to succeed. First, it’s a lot like rail shipping because it must be point to point — DC to DC. Even then, AI is not up to the task yet — even if the DC is barely off the interstate highway. The long tail problems with vision and decision systems are not solved and don’t appear to have a solution coming soon. Isolating to interstate highways and little else helps control the long tail, but doesn’t eliminate it. Second, NO. Issues around safety and scaling have not been solved. Fundamentally, vision systems are not able to “comprehend” what they see — so they only work in a narrow range. That said, there are probably limited routes where this could be started on interstates with few problems and with remote drivers able to take over. But the hype far outweighs the reality. We need to ponder whether trucking has become a focus because the digerati discovered that self-driving… Read more »
2
|
0
-   Share

And there is the competing proven technology of — wait for it — intermodal unit trains with energy efficiencies and safety factors many times greater than what is being touted. There is no valid reason to be running a truck halfway or all the way across the continent — take the investment capital and add extra track to the existing corridors and continue to improve automation of locomotives. Electric/more-automated trucks for regional and local deliveries is a great idea, since even this model still requires a human driver.

Don’t worry. You won’t be driving. You will be the passenger in your self-driving car.

Hmmm. Maybe you should worry.

Hey, but you can keep your eyes closed!

I predict a jump in sales of Depends if this happens. LOL

TuSimple will have to prove its far-reaching claims. If not them, others will eventually prove the model. The impact on retailers will be positive for most/all of the reasons claimed, with only refueling limiting continuous product transport between warehouse and destination. Whether that translates into cost savings is dependent upon how transport companies position themselves, speed, cost savings, or both.

Of course, this says nothing about displaced truck drivers and probably warehouse workers too. As the automation economy ramps-up, society is going to have to address the problem, else the faster to market goods will have a shrinking set of consumers to buy them. Not to mention social unrest which may keep shoppers away from stores.

All the issues around safety and scaling have not yet been solved. But they will be. This is the future. My concern is the same as Suresh’s. Will we mess it all up by coming up with rival standard? Furthermore, I am not confident that the best standard will be the one adopted in the U.S.

The long awaited automation of transport is just about here. This will be a boost to retailing and delivery mechanisms for long distance hauling – but it won’t solve the last-mile delivery issues that continue to be the sticking point for retailers. What this means is faster delivery times for customers, but not by much. The real value comes as lower costs to the retailer. It is too early to tell long term impact, but there is lots of promise.

Potentially, with an emphasis on potentially, automated trucking could, with an emphasis on could, be a game changer, but the technology just isn’t there quite yet. There are any number of problems from what would a truck do in the event it was forced to take an alternative route? I have this problem today with human drivers who can’t find my address because, for some unknown reason, it doesn’t appear on Google Maps. Also the trucks would be rational, but they would be on the road with drivers who aren’t. So, no, the issues around safety and scaling have definitely not been addressed.

I’m surprised by the polling results: about two thirds think trucking automation is unimportant … hmmm. (I think there may be an age-related bias at work here.) That said, I’m pleased that the usual overly enthusiastic endorsements appear absent … methinks enough of us still have our jetpacks on backorder to know “the future” is often further away than it seems.

As a logistician with a deep technology background, I am excited about this technology. The technology is not new, but it has not been adopted to our interstates. To put this in context, I would equate this to flying an airplane. If we can fly a plane without pilots for 95% of the flight, then we should we be confident we can move freight on a highway network. I don’t envision that we will see driver-less trucks. Like a pilot, the driver will be required to take off (get on the grid) and to drive the last mile. A pilot’s job is to manage a “system” of inputs and outputs. This will be similar for truck drivers which could be an opportunity for drivers to make more money, as the skill to manage a truck requires a higher skill set. As far as safety, there are going to be accidents and deaths and we need to plan for this grave reality. No different than the airline industry (86 accidents and 257 deaths in 2019 which… Read more »
2
|
0
-   Share

As a resident of Tucson, where TuSimple is based, I’ve been looking over my shoulder for prototype robo-trucks every time I get on the freeway. (I can’t help it. Stephen King’s “Maximum Overdrive” keeps replaying in my head.)

If self-driving cars seem scary, self-driving 18-wheelers are downright terrifying. So much mass and nobody in the front seat who values their own life.

But this tech has potential to actually make long-haul transport safer — perfect attention, no speeding, no driver fatigue, safer overnight trips. As the data accumulates, TuSimple and its rivals will surely try to prove an overall safety record that is better than human drivers.

Will they succeed? It will only take one spectacular accident to set the program back years. But I think acceptance is likely and consumer product distribution will ultimately benefit.

Safety and technology challenges have not yet been ironed out, however it’s only a matter of time before that happens. Automation like this helps create consistency, visibility and other benefits throughout the supply chain.

Braintrust
"Issues around safety and scaling have not been solved. Fundamentally, vision systems are not able to 'comprehend' what they see — so they only work in a narrow range."

"TuSimple will have to prove its far-reaching claims. If not them, others will eventually prove the model."