1-800-Flowers stays a step ahead of disruptive tech 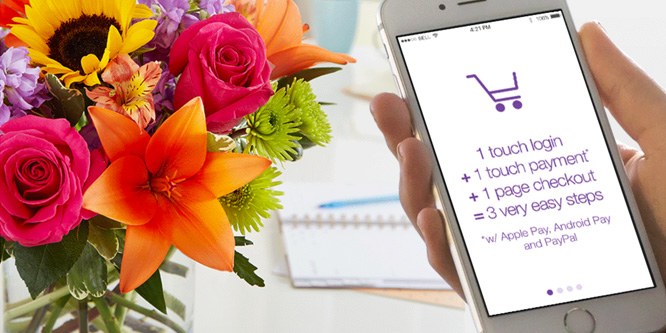 Through a special arrangement, presented here for discussion is a summary of a current article from the Retail TouchPoints website

Three decades ago, the company now called 1-800-Flowers.com Inc. was a small array of florist shops in New York City and Long Island. That was before the purchase of a telemarketing business called 800-Flowers.

“By creating a brand around a phone number, we disrupted the floral industry,” said Chris McCann, president and CEO, at the 2018 Retail Innovation Conference. “We realized then that if we had that ability, then another technology could come along and somebody could do that to us.”

To make sure a newer technology would not have the chance to disrupt 1-800-Flowers’ business, management instilled a culture of exploring, testing and deploying new technologies. “We established a process we call ELAC,” Mr. McCann explained. “It stands for engage early when a technology is emerging, learn along with the consumer, adapt those learnings and innovate with new products, and bring it to a stage of commercialization.”

Following ELAC principles, 1-800-Flowers leaped into new trends while many other companies waited to see if they had staying power.

In the online world, 1-800-Flowers became the first company to sell on AOL in 1994 and launched its first website on the Netscape platform in 1995.

1-800-Flowers started experimenting with emerging mobile technology before the recession of 2008-09, when the company was forced, for the first time, to cut costs. Mobile investments were on the chopping block, but Mr. McCann decided not to pull back.

“We became mobile-first in the way we think, and it’s been working very well,” Mr. McCann said. “More than half of our customers now come to us via mobile devices.”

Today, Mr. McCann sees the company culture gradually shifting from mobile-first to AI-first as it invests heavily in conversational commerce, which includes chat-type solutions as well as voice.

Mr. McCann added, “As homes get smarter through voice interaction and voice control becomes more prevalent in cars, the scale is starting to tip.” Referring to the toll-free number that put 1-800-Flowers on the map, he observed, “It’s kind of back to the beginning for us.”

DISCUSSION QUESTIONS: What do you think of 1-800-Flowers.com’s ELAC (engage, learn, adapt, commercialization) guideline for embracing new technologies? What advice would you give to retailers when it comes to evaluating emerging tech?

Please practice The RetailWire Golden Rule when submitting your comments.
Braintrust
"Engaging early and experimenting with new technologies is the only reliable way to avoid disruption. "

"McCann demonstrates he is a retailer who is not afraid of technology. In fact, he embraces it as a function of business..."

"The weakest point in the retailer tech adoption cycle is making the jump from the “innovation” group into a practically viable production roll-out."

It’s refreshing to see some retailers with this attitude. Culture is engendered at the top. It is the way it is at 1-800-Flowers most likely because McCann believes in the idea and pushes it down the organization, not unlike what Howard Schultz has done creating almost a cult at Starbucks. The trick is for companies to maintain those legacy attitudes through changes in management at the top.

I know the team at 1-800-FLOWERS, and they know they have Chris McCann’s full support as they move ahead with new technologies. This open atmosphere helps this company (which has numerous brands) stay ahead of customer expectations. Retailers that want to emulate their success need to find ways to concentrate on new technologies beyond legacy.

The most difficult aspect of embracing new technologies and other innovations is the culture of the organization, led by the CEO. In Mr. McCann’s case, he has shown the rare ability to keep himself and then his organization focused on assuming obsolescence is around the corner if he doesn’t stay committed to tapping into new technologies as they emerge. Many companies claim to have this attitude, but few live it in the way they invest time and capital. Kudos to Mr. McCann for leading in this manner. It is not a guarantee of long-term success, but improves the odds greatly.

Mr. McCann’s shift from mobile-first to AI-first is a good one. The technology trend is moving toward consumers using AI more often than they even know they are using it. Simple commands to Siri, Alexa, etc. are becoming common and will impact how consumers interact (as in purchase, research, etc.) with the brands they do business with.

Engaging early and experimenting with new technologies is the only reliable way to avoid disruption. Companies that followed too closely the principles of “core competencies” and stick-to-your-knitting learned this the hard way.

How can retailers embrace ELAC to learn faster without going over budget? A key enabler is a thoughtful build versus buy framework. This means an ecosystem of technology providers offering an early look at innovations and an alternative to in-house investment. Another component is rapid prototyping to discover consumer insights and technical challenges early. Finally, discipline around pausing or eliminating “cool” but low ROI projects avoids mistakes of adopting too quickly for the consumer or while costs are too high.

Whoever was the first in this forum to say “retail companies are technology companies” got it right.

McCann demonstrates he is a retailer who is not afraid of technology. In fact, he embraces it as a function of business, much like the 1-800 technology of the past. So often retailers outsource technology decisions/fact-finding to in-house innovation or technology teams, killing a holistic view from which to evaluate which emerging technologies are most customer-centric to their retail brand. This broad disconnect is evidenced in lagging adoption and misguided attempts to implement the most simple of technologies against legacy systems. Guidance for the C-suite; become “merchant technologists.” Technology IS retail. It’s an astounding way to directly connect with your customers. Not to be outsourced to tech teams, giving you the retailer “Cliffs Notes.”

I believe the weakest point (almost universally) in the retailer technology adoption cycle is making the jump from the “innovation” group into a practically viable production roll-out.

1-800-Flowers isn’t on the bleeding edge because they evaluate and play with emerging technologies early — just about everyone does that. Where they’re ahead of the curve is making the bridge with this tech into full-scale, real world environments.

From my experience, this step is typically done poorly because the innovation groups and production IT teams are siloed. The innovation team has up to (let’s say) $25,000 to spend per project and does all kinds of wild and interesting things, but the incentives to move something successful to full scale is murky at best. Meanwhile, production IT groups are largely measured on keeping core systems scalable, running smoothly and so forth. In absence of a concretely defined transition process and an outline of the long-term plan/strategic value of the tech, emerging technology can often fail to make this leap.

ELAC (engage, learn, adapt, commercialize) needs to be embraced by all firms.

This is the difference between predator and prey.

Braintrust
"Engaging early and experimenting with new technologies is the only reliable way to avoid disruption. "

"McCann demonstrates he is a retailer who is not afraid of technology. In fact, he embraces it as a function of business..."

"The weakest point in the retailer tech adoption cycle is making the jump from the “innovation” group into a practically viable production roll-out."