Art Suriano is a business development executive with expertise in retail sales consulting, business culture analysis, and process improvements. He is a forward-thinking business intelligence leader who knows what it takes to run a business and make it a success. Suriano has had an extremely successful and multi-faceted career path that has been anything but conventional. Suriano’s career has provided him skills as CEO, VP of Sales & Marketing, Patent Owner, Published Author, Award-Winning Composer/Arranger, and Public Speaker.

In addition, Suriano is the author of “The Ultimate Customer Experience…The Path to Victory for Any Business…Any Size…Any Time.” His leadership style is extremely creative, energetic, motivational, customer-focused, collaborative and ambitious.

Suriano began his career accepting work as a freelance composer. Soon he was scoring original compositions for television and radio for such programs as As The World Turns and Another World, and jingles/soundtracks for companies such as Subaru, Ford and more. From his success working for media directly as well as advertising agencies, Suriano soon figured out he could offer clients better and more effective creative campaigns for less than what they were paying. This led to founding his own company, PMI in the late 1980’s, which in time, became a full- service ad agency billing over $5 million annually, with local and regional clients.

From the success of his winning agency formula, a few years later, Suriano was offered an opportunity to offer his talent directly to broadcast companies such as WABC in New York and Kiss 108 in Boston. His assignment was helping underperforming clients get better results. Suriano would write and produce a new ad campaign that included custom commercials, and oftentimes, a custom jingle. It was during this period that his peers and clients coined him, “Mr. Fix It,” as every client he was handed began to see improvements in advertising results within 30 days.

Suriano’s passion for advertising continued, but as deregulation affected broadcast media and how they operated, he felt the need to move on and in 1994, founded the company he has today, The TSi Company. Starting out as an in-store marketing/advertising program for retailers, Suriano created an exciting program known as RadioPlusTM. Simply a better in-store music program, RadioPlusTM provided retailers with in-store commercials, complete with a custom client jingle, stations calls and personalities, making their in-store sound system appear as if it was the company’s own radio station. Soon, The TSi Company was signing local and regional retail clients who liked the idea of the added opportunities to build sales with customers through Suriano’s effective commercials and concepts.

By 1997, Suriano’s creative reputation was growing and clients were asking for his help in what was becoming a strong need: training. He began by creating and producing an in-store “before and after” hour radio program that quickly helped store associates learn about upcoming events, in-store promotions, customer service, and policies and procedures. Starting with Stern’s Department Stores, he was soon asked to expand the product to Macy’s, and other divisions after such as May Company divisions and other retail chains. Next, he turned his attention to part-time employees and created what eventually became his patented training method, LTraining®.

Today, LTraining® has been used by over 4 million trainees and consistently outperforms any other training method, scoring over 90% retention after a single session. LTraining® sessions have been created for every training topic necessary from orientation, POS and systems training, product training, sales training, customer service, and more.

As time progressed and Suriano recognized the strong results his training method was achieving, he realized that in order to get maximum impact for any business, he had to take it one step further. He began to look at the other areas of a business that, regardless of how effective his training was, would prevent a business from reaching its full potential.

Suriano met and spoke with clients and requested the opportunity to perform assessments, asking the right questions from top executives to the field and then comparing answers. Soon he found that every business was experiencing serious disconnect from the vision and objectives of the senior staff and what was actually taking place with lower level employees, especially the employees dealing with the customers. Soon he created his TSi 360TM, which became the footprint for helping clients increase sales, cut costs and improve customer satisfaction. Clients experienced over 15% increases in comparable store sales, saved millions of dollars that were being wasted, and saw increases in conversion of 7% annually. Moreover, clients saw long term growth quarter after quarter due to the improvements in performance and consistency.

Today, Suriano enjoys his role as Chief Executive Officer of The TSi Company which has expanded into a full-service company providing branding/marketing, training, communication skills and technology. He also provides his expertise as a consultant, teaching companies what they need to know to grow their business.

As the author of “The Ultimate Customer Experience”, Suriano follows the principles in his book that help clients achieve their goals. Furthermore, as a public speaker, Suriano has been asked to speak at various functions and events all over the world including the Intercoifure International event held in Australia.

Suriano is an accomplished composer/musician who won numerous awards through the decades for original scores for radio/television and corporate presentations. Today, he is under contract with two record labels in the UK as the songwriter/arranger for Circle of Faith, an up and coming Christian pop band. 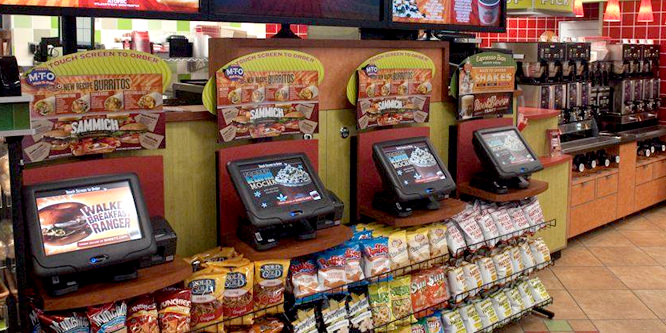 How should retailers balance personal versus impersonal experiences?